Can COVID-19 damage the brain? 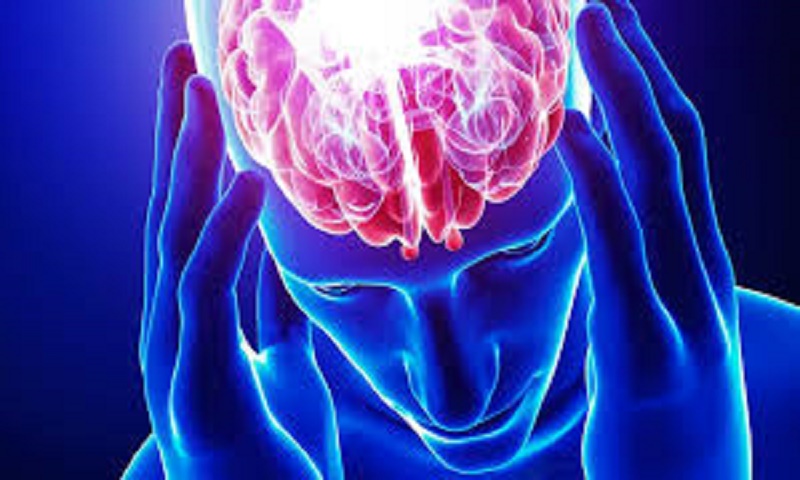 For three months, Chelsea Alionar has struggled with fevers, headaches, dizziness and a brain fog so intense it feels like early dementia. She came down with the worst headache of her life on March 9, then lost her sense of taste and smell. She eventually tested positive for the coronavirus. But her symptoms have been stranger, and lasted longer, than most.

“I tell the same stories repeatedly; I forget words I know,” she told me. Her fingers and toes have been numb, her vision blurry and her fatigue severe. The 37-year-old is a one of the more than 4,000 members of a Facebook support group for Covid survivors who have been ill for more than 80 days.

The more we learn about the coronavirus, the more we realize it’s not just a respiratory infection. The virus can ravage many of the body’s major organ systems, including the brain and central nervous system.

Among patients hospitalized for Covid-19 in Wuhan, China, more than a third experienced nervous system symptoms, including seizures and impaired consciousness. Earlier this month, French researchers reported that 84 percent of Covid patients who had been admitted to the I.C.U. experienced neurological problems, and that 33 percent continued to act confused and disoriented when they were discharged.

According to Dr. Mady Hornig, a psychiatrist and epidemiologist at the Columbia University Mailman School of Public Health, the possibility that neurological issues “will persist and create disability, or difficulties, for individuals downstream is really looking more and more likely.”

Infections have long been implicated in neurological diseases. Syphilis and H.I.V. can induce dementia. Zika is known to invade developing brains and limit their growth, while untreated Lyme disease can cause nerve pain, facial palsy and spinal cord inflammation. One man with SARS developed delirium that progressed into coma, and was found to have the virus in his brain tissue after his death.

Neurologists don’t think that every Covid patient will suffer brain damage — far from it. But the virus may, in effect, injure and thereby age the brain through a number of mechanisms that aren’t yet fully understood.

It’s likely that these brain injuries aren’t that different from other kinds of insults that might accumulate over a person’s lifetime; the problem is that “Covid is a large bolus of these things at once,” said Dr. Majid Fotuhi, a neurologist and neuroscientist affiliated with Johns Hopkins.

Dr. Igor Koralnik agrees. He runs the Neuro Covid-19 Clinic at the Northwestern Memorial Hospital. He expects that when recovered Covid patients go on to develop cognitive issues later in life, “their presentation is going to be worse because of the damage to the brain that was caused by Covid-19.”

How does this happen? Research suggests that the coronavirus can directly infect neural cells, said Dr. Jeffrey Cirillo, a professor of microbial pathogenesis and immunology at Texas A&M University. The virus most likely replicates inside the cells and affects how they function. This viral invasion could cause patients to “have a persistence of cognitive problems, or maybe they will have persistent seizures,” Dr. Koralnik said. In April, a 40-year-old Los Angeles woman with a headache, seizures and hallucinations was found to have the RNA from the coronavirus in her cerebrospinal fluid.

Another way the coronavirus can damage the nervous system is indirectly, through widespread inflammation caused by the body’s immune response. Inflammation “is bad for the brain, and we know that for a fact,” Dr. Fotuhi said. One of the leading theories in Alzheimer’s research is that inflammation drives the disease.

Brain inflammation can also spark the creation of blood clots. Studies suggest that clots occur in up to 30 percent of critically ill Covid patients. These clots can permeate the brain, causing it “to function at a lower level,” Dr. Fotuhi said. They can also lead to strokes that starve the brain of oxygen. Studies from China and Italy have suggested that as many as 5 percent of hospitalized patients with Covid experience strokes, though a more recent N.Y.U. study found the figure to be lower, at 1 percent, in hospitalized New York patients.

If the inflammation becomes so severe as to involve a “cytokine storm,” in which a patient’s body in effect turns on itself, the blood brain barrier can be breached, allowing more viruses and cytokines into the brain and ultimately killing brain cells. “It’s like the defense system is called to quiet a small riot in one neighborhood, and all of a sudden, the whole military is ticked off and they don’t know what’s going on, they just go bomb everything,” Dr. Fotuhi said.

A small number of patients with the coronavirus have gone on to develop Guillain-Barré syndrome, in which a person’s immune system attacks their own nerves, causing paralysis. Michele Hart, a 41-year-old psychotherapist in Colorado, is one of them.

She began experiencing electrical, shocklike pains in her body, numbness in her extremities and stabbing pains down the side of her face in April. She went to the E.R., worried she might have the coronavirus, but they sent her home, saying her neurological symptoms weren’t consistent with the infection. When her blood pressure skyrocketed a few days later, she returned to the ER and this time was given a coronavirus test that came back positive. She was also diagnosed with Guillain-Barré syndrome.

In addition to persistent memory problems and dizziness, she still struggles with nerve pain. “I have pins and needles and shooting nerve pain constantly, as well as burning sensations in my skin,” she told me.

Given all of these concerns, neurologists argue that it is crucial to study Covid patients in order to understand how their nervous systems recover — or don’t. Dr. Cirillo, Dr. Koralnik and Dr. Hornig are all undertaking studies on the topic, but more research will be essential, they say.

“People have been really slow to recognize this,” said Dr. Cirillo, but “we really need to know what the long-term repercussions are, as quickly as possible.” Among other things, research on the topic may be able to identify drugs or other treatments that can be given to Covid patients to reduce the risk of nervous system injury.

Physicians also need to keep in mind that their Covid patients could benefit from cognitive and neurological assessments and prompt neurological treatment. Dr. Fotuhi, for one, believes that all patients hospitalized for the coronavirus should receive brain MRIs to identify nascent issues.

So far during this pandemic, the medical community has largely — and understandably — been focused on keeping Covid patients alive. But we need to consider how the virus could shape the rest of their lives, too.