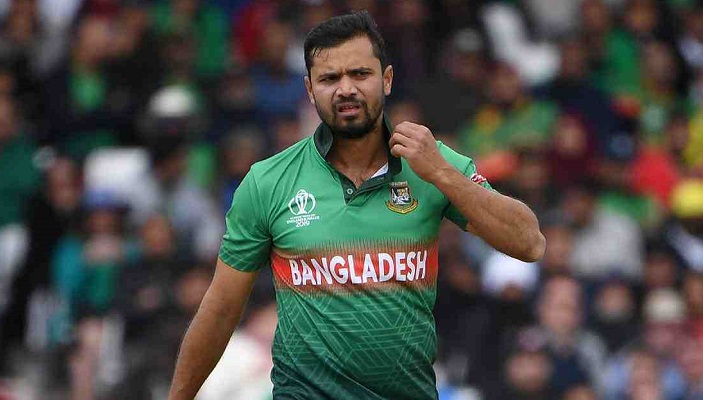 Former Bangladesh captain Masrhafe Bin Mortaza, who tested positive for coronavirus a week ago, is doing well and not suffering from any health complications, his family said.

Masrahfe’s test result came on June 20 and he has since been in isolation at his home.

The 36-year-old has asthma which was enough to make his family and fans scared. But after an X-ray at the Combined Military Hospital (CMH), doctors said he is doing well.

After Masrhafe, his younger brother Morsalin Bin Mortaza also tested positive for coronavirus. While talking to UNB on Saturday, he said their condition is good.

“Bhaia (elder brother) is well. He’s not complaining about anything. We believe he’s recovering well. I’ve been feeling short of breath, but it’s manageable. Please keep us in your prayers so that we can recover fast,” Morsalin told UNB.

Not just Mashrafe’s family, but also the families of Nazmul Islam Apu and Nafis Iqbal had been exposed to the deadly virus which has infected 133,978 people and killed 1,695 in Bangladesh since March.