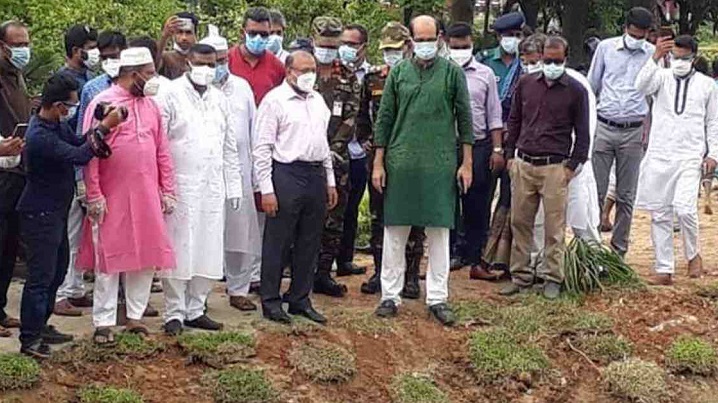 Local Government and Rural Development (LGRD) Minister Md Tajul Islam on Saturday said that the government is planning to gradually renovate all canals of the capital city.

A master plan to clean the canals after recovering them from illegal encroachment has been fetched already in this regard, he said.

The minister came up with the remarks after inaugurating a canal excavated by Dhaka North City Corporation (DNCC) from Hajj camp to Banrupa Housing in the city.

The pressure of transports on Dhaka roads will be reduced if the canals are connected for water transport, he said.

“Bangladesh will be turned into a prosperous country in 2041 as per Prime Minister’s desire if we follow our commitment to the people and the keynotes of the Constitution,” he said.

The ministry would prioritise rational and trustworthy new projects for the development of the country, he said.