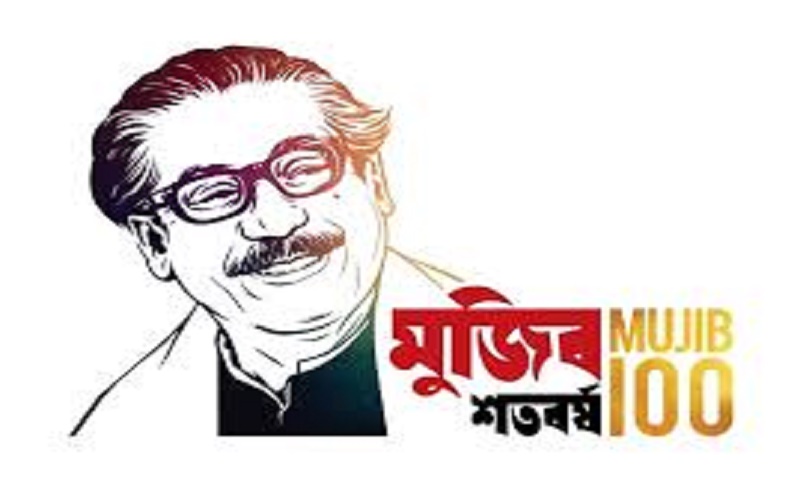 Despite impediments created by pandemic Corona Virus menace indications of enhancing India-Bangladesh bilateral relation to its next height during the 'Mujib Barsho' celebration is now evident.  Both the countries have planned a series of engagement post-Covid-19 which will turn out to be a win-win situation for the people of both countries and will surely display the relationship beyond strategic in reality in realising   PM Sheikh Hasina's dream of making 'Sonar Bangla'. India is committed to fulfil her dream as a catalyst and as a friend of Bangladesh in its hour of need.

Apart from building traditional way of engagement like road-rail-waterways connectivity, India-Bangladesh is poised for creating new paradigm of cooperation on high technology. At least 90 memoranda of understanding were signed between the two countries during high level visits of both countries in  last 6 years. Now the understanding on cooperation on space, IT, Civil nuclear cooperation, shipping, electronics and related sophisticated high technology areas is set to take off in coming years.  Knowing this background, forces inimical to the friendship between these two countries are also advancing their activities on war footing. They are out to create all kinds of misunderstanding between the people of both countries utilising some emotional unresolved issues with a sinister design.

New Delhi is conscious about the long pending legitimate demand of Bangladesh on sharing of Teesta River on equitable basis and is committed to resolving it 'as early as possible'. The reason behind the obstacle is known to everyone. Pending resolution of Teesta, India has already agreed to share water of other six common rivers; an early resolution is expected in this year. Yet a section of people is trying to fish out of water with a motive.

They try to erase the memory from the minds of the people that during the tenure of PM Narendra Modi long pending India-Bangladesh maritime boundary disputes were resolved. And Indira-Mujib land boundary agreement and successful exchange of enclaves happened after long 45 years of dispute. The Government of India went all out to create a national consensus on these emotive issues. No political parties raised objections to those agreements though in final negotiations India lost out some land and water boundary.

The negative forces do not remind people that the historic land boundary agreement facilitated the transfer of 111 enclaves, adding up to 17,160.63, acres from India to Bangladesh. In turn India received 51 enclaves, adding up to 7,111.02 acres only losing almost 10 thousand acres to Bangladesh. Is there any example in the world that a so called 'big country' conceding land to a so called 'smaller country' only to settle long pending border dispute? Similar things happened in settling maritime dispute between the two countries. In 2014 July the Hague-based international court has settled a longstanding maritime boundary dispute between India and Bangladesh, by awarding Bangladesh 19,467 square kilometres out of 25,602 square kilometres in the Bay of Bengal. After that verdict India never went for redressal of the judgment. If one recalls press reports of those days will find how Bangladesh celebrated the victory of getting their due from India. In fact now blue economy is one new area of cooperation which both countries are discussing  across the table for mutual benefit.

Celebrations of Mujib Barsho is an ideal time to remember the heroic freedom struggle led by Bangabandhu where India played a crucial role and allowed her soldiers for martyrdom for the freedom of neighbouring country from the clutches of oppressive Pakistani rulers. How can a country situated thousands miles away can claim the same warmth when their history of sabotaging the freedom movement of Bangladesh aligning with Pakistan and big western countries is documented in history. It’s time to spread the message of liberation struggle days for the new generation. India and Bangladesh ha s a grand plan to celebrate that history with youth of both countries.

A recent decision of Chinese government to allow duty free access to Bangladeshi export is being deliberately interpreted as a new shift of Dhaka's attitude towards India which has no basis at all. It's the sovereign right of Bangladesh Government to do business with any countries if it's beneficial to them. Moreover India is conscious of the fact that China will explore all avenues to extend friendly gestures when both India and China is engaged in serious military dispute in disputed Ladakh area. At the same time no Indian Government official has raised any objections to recent trade relation between China and Bangladesh. Indian media is free to interpret in their way (not complementing recent comment of a regional media) what's happening here.  India Government also has not taken cognisance of a section of Bangladesh media reporting China –Bangladesh relation from a different angle.

India extended duty free quota free facility to all products to Bangladesh way back in 2011. There are certain issues of para tariff barriers which are being sorted out at the commerce ministry level time to time. On the issue of redressal of dumping duty on certain products appropriate appellate authority is ceased of the matter. It would be prudent that responsible persons should not create a ruckus by commenting publicly which creates unnecessary hurdles. India too has certain national compulsion and interest of both the countries should get converge for mutual benefit.

Negative forces should remember that rate of interest charged on India's LOC is mere 1-2 % whereas China imposes a rate of more than 2-3% or higher depending on the volume of project. It’s also fact that India is a poorer country than China. India extended LOC of $30 billion to 64 countries, out which Bangladesh is the highest recipient of US$ 8 billion which amounts to 26% of total outlay. BD's export to India crossed one billion mark which is second highest after Japan in Asia and biggest trade partner in South Asia.

Fighting out counter terror operation and growing radicalism is an important aspect that revolves round the relations of India and Bangladesh  and both the countries have excellent cooperation mechanism where regular information exchanges takes place. Recent inputs from the intelligence wing about radicalisation of a section of Rohingya refugees have become a matter of concern for both the countries. India and Bangladesh needs to be vigilant on these aspects because some incidents of violence have become a matter of grave concern. In this background more intense cooperation between two countries is the need of the hour. Against this backdrop, no one can divert the attention of people to some non-issues, irritant between two countries.

On the people to people relations one should remember that India has issued 1.7 million visas for the Bangladeshis which is largest visa operation in the world. The Indian leadership and people have always considered Bangladesh as a friend and supported the cause of country's progress in all fields. The understanding and rapport between the highest leadership has resulted a new direction and new grounds. There is an emotional link between the two countries, forged in 1971 which exists at the people to people level. Negativity in this relationship is peddled only by entities with a vested interest.

The writer is a senior Indian journalist.