Coronavirus: What is dexamethasone and how does it work? 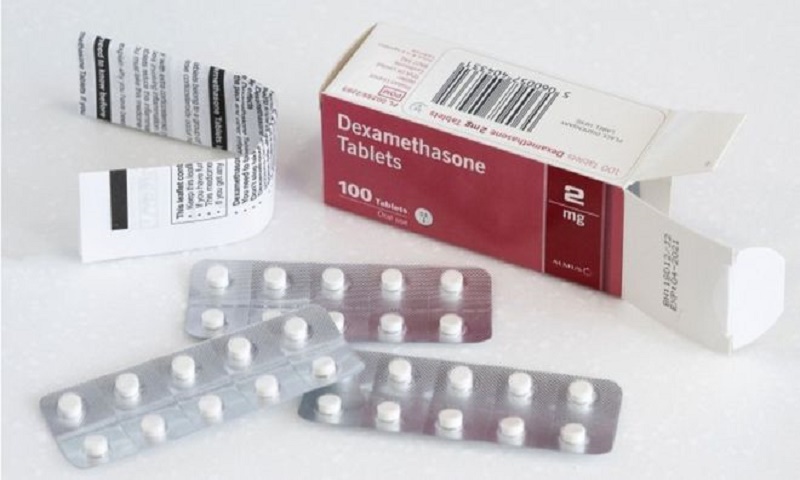 An anti-inflammatory drug called dexamethasone has been hailed as a ground-breaking treatment for hospital patients seriously ill with Covid-19.

A UK trial showed the drug could save lives - the first internationally to do so - and it can be used in the NHS immediately.

What is the drug?

Dexamethasone is a steroid - a medicine that reduces inflammation by mimicking anti-inflammatory hormones produced by the body.

This drug works by dampening down the body's immune system.

Coronavirus infection triggers inflammation as the body tries to fight it off.

But sometimes the immune system goes into overdrive and it's this reaction that can prove fatal - the very reaction designed to attack infection ends up attacking the body's own cells.

It's only suitable for people who are already in hospital and receiving oxygen or mechanical ventilation - the most unwell.

The drug does not work on people with milder symptoms, because suppressing their immune system at this point would not be helpful.

How effective is it?

According to the scientists who carried out the trials, one in three deaths could be prevented among patients on ventilators.

For patients on oxygen, it could prevent one death in five.

There was no significant benefit for patients who were not receiving respiratory support.

What was the trial?

The results come from the Recovery (Randomised Evaluation of Covid-19 therapy) trial, conducted by the University of Oxford.

It's testing whether existing medicines used for other conditions could also be useful in treating Covid-19.

About 2,100 patients received a 6mg daily dose of dexamethasone in the trial for 10 days.

Their progress was compared with a random sample of just over 4,300 patients who received no additional treatment.

Scientists hope dexamethasone could eventually be used as part of a suite of drugs which, together, could reduce deaths even further.

It is now recommended for adults, not including those who are pregnant or breastfeeding.

How widely available is the drug?

Dexamethasone is a low-cost drug which already exists and is in good supply.

The UK government says it had already stockpiled enough of the drug to treat 200,000 people, in anticipation of a good result from the trial.

The drug costs from £5.40 a day per patient and the treatment on Covid-19 patients lasts for up to 10 days.

Because it's been around for such a long time, the drug is out of patent.

That means lots of different companies can make the drug and it is widely available around the world.

The Department of Health and Social Care says the drug has also been added to the government's parallel export list, which bans companies from buying medicines meant for UK patients and selling them on for a higher price in another country.

The findings are particularly good news for developing countries too.

In many African nations, for example, the drug costs less than two dollars.

In South Africa, where the drug is manufactured, the government has already been advised to use it to treat patients on oxygen or ventilation support.

Data from the WHO shows that more than 5,000 people have died from Covid-19 in Africa, the majority of whom had underlying health conditions.

What other conditions is it used for?

The drug can help treat various illnesses involving inflammation or swelling in the body, or conditions where the immune system goes into overdrive - for example, severe asthma which can cause inflammation in the airways and lungs, severe allergic reactions or painful, inflamed joints.

Dexamethasone is also useful in autoimmune conditions such as rheumatoid arthritis or lupus, which are caused by the immune system mistakenly attacking the body.

Are there any side-effects?

Rarer side effects include eye disorders, blurred vision and haemorrhage.

However, coronavirus patients only need a relatively low dose which should limit side effects.

The Chief Medical Officer for England said there were "no excess harms identified in using this dose of dexamethasone in this patient population".

Do other steroids work?

Prof Peter Horby, who led the UK research on dexamethasone, said the use of steroids to treat viral respiratory infections, such as Covid-19, has been controversial.

Trials of the drugs during other disease outbreaks, including Sars - another coronavirus- were mixed with some showing a benefit, but others not.

"It's been a huge ongoing debate," says Prof Horby.

Scientists are trialling other steroids, such as methylprednisolone, in coronavirus patients with some promising early results.