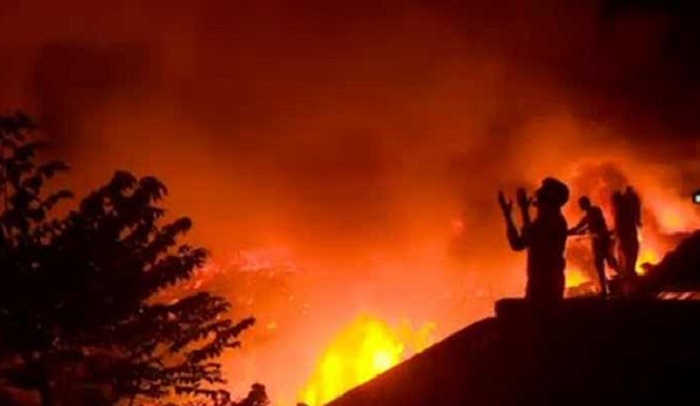 In a frantic effort, 13 fire fighting units of Fire Service and Civil Defence department brought the Titipara slum fire under control at around 2:45 am (Friday night) on early Saturday.

However, the estimation of damages and the reason behind the fire was not confirmed immediately as the firefighters were working on extinguishing the fire until the news was posted.

According to the fire service source, a fire incident took place at Titipara slum in the Kamalapur area of the capital at around 1:55 am (Friday night) on the early hours of Saturday. Soon after getting the information 11 fire fighting units rushed to the spot to douse the fire. Later, two more units joined the operation.

Russel Shikdar, station operator of fire service told media that fire fighting teams reached the spot at 2:06 am and they were engaged in extinguishing the fire.

“No casualty was reported. Damages were not estimated immediately and the source of the fire was not confirmed,” Russel said.