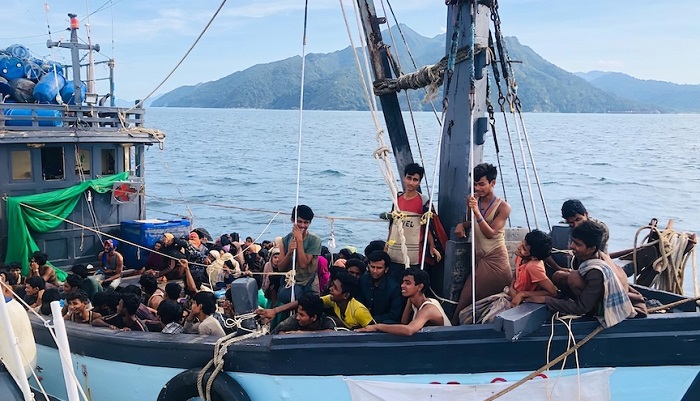 Leaders of the 10 countries of the Association of Southeast Asian Nations (ASEAN) held the 36th ASEAN Summit virtually on Friday. The opening ceremony via teleconferencing was hosted by Vietnam, as this year’s ASEAN chair.

“ASEAN leaders, having done almost nothing for years, should dramatically rethink their approach to the Rohingya crisis,” said Brad Adams, Asia director at Human Rights Watch. “A coordinated regional response is desperately needed to protect Rohingya in Myanmar, in refugee camps abroad, and at sea, while pressing Myanmar to take the steps necessary for them to return home safely.”

HRW said the European Union, United States, Australia, and other governments should provide assistance to meet the needs of Rohingyas and asylum seekers throughout the region, and offer to resettle refugees who are at specific risk or have relatives living in third countries who petition for family reunification.

ASEAN has discussed the crisis in various forums since August 2017, but has largely ignored Myanmar government threats to the 600,000 Rohingya remaining in Rakhine State. It has also failed to support efforts to investigate the military’s atrocity crimes and pursue accountability.

In 2019, ASEAN drafted a Preliminary Needs Assessment for repatriating the nearly one million Rohingyas in Bangladesh. The report, which was developed without input from Rohingyas, did not address the root causes of the crisis.

ASEAN should collectively press Myanmar to end rights violations in Rakhine State, grant unfettered access to aid organizations and independent monitors, and address the underlying causes of the crisis.

“ASEAN governments’ focus on repatriation over safety and accountability reveals a callous disregard for Rohingya lives,” Adams said. “ASEAN member states should drop their harmful ‘non-interference’ mantra and express their readiness to respond to Myanmar’s abuses and lack of cooperation with international agencies.”

According to the HRW, from January to March, numerous boats, each with hundreds of Rohingya asylum seekers, left for Malaysia but they have been pushing the boats back to sea, leaving hundreds of refugees in life-threatening conditions, without access to adequate food and water for months.

Earlier this week, off the coast of Indonesia’s Aceh province, local fishermen and officials rescued a stranded boat of 94 Rohingya asylum seekers, including as many as 30 children. Local authorities said they planned to hold the refugees at an immigration warehouse in North Aceh.

Malaysia reported that since May 1 it had blocked the arrival of 22 boats, claiming to have increased border control in response to the Covid-19 pandemic. However, the pandemic does not justify a broad crackdown on migrants and refugees nor a blanket policy of turning away boats in distress, Human Rights Watch said.

Meantime, the Bangladesh government has recently sheltered over 300 Rohingyas in Bhasan Char Island. On one boat eventually rescued by the Bangladesh coast guard after being pushed back by Malaysian authorities, some 100 Rohingya may have died from the deplorable conditions.

Thai authorities arrested at least 35 Rohingya asylum seekers near the border in May, and indicated they would forcibly return them once Covid-19 eases, without assessing their protection claims.

Government push backs and forced returns of Rohingya asylum seekers violate international obligations not to return anyone to a place where their life or freedom would be at risk, HRW said adding that Malaysia, Thailand, and Indonesia should end their policies of maritime push backs and provide the Rohingyas humanitarian aid.