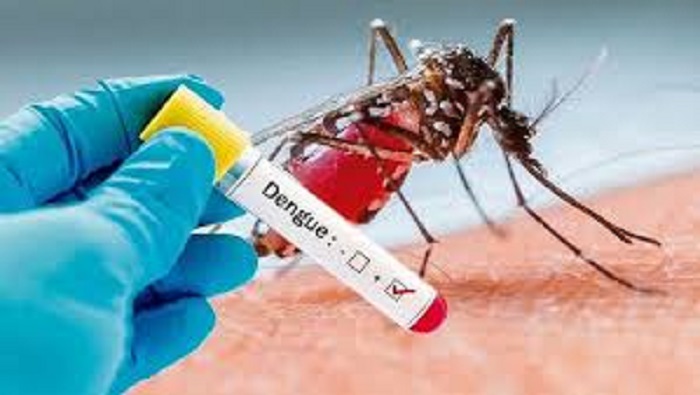 The government’s multifaceted initiatives massively reduced dengue severity with zero death from the aedes-mosquito borne disease and just 318 confirmed cases so far this year as 1, 01,354 cases and 148 deaths were reported last year.

“A total of 318 patients were tested positive for dengue this year till June 24. Of them, 314 patients returned home after recovery,” Dr Ayesha Akhter, an assistant director of Directorate General of Health Services(DGHS) told BSS in an interview over mobile phone.

She said no death from dengue was reported this year so far while no new patient was tested positive or no positive patient was admitted to hospital on June 24.

The country saw severe dengue outbreak last year as 1,01,354 patients got admitted to hospitals across the country and 1,01,037 of them returned home till December 31 in 2019, according to Directorate General of Health Services.

Amidst the outbreak of deadly coronavirus (Covid-19) pandemic, two city corporations of Dhaka and other local government bodies across the country, have been spearheading massive programmes to safeguard the people from being affected by the mosquito-borne diseases like dengue and chikungunya.

Dhaka north and south city corporations have been carrying out multifaceted programmes to destroy larvae and breeding grounds of aedes mosquitoes.

A special 10-day cleanliness or combing drive was launched on June 6 at 54 wards in Dhaka North City Corporation (DNCC) area.

As many as 1, 34, 135 houses and establishments and under-construction buildings were visited during 10-day drive.

A total of Tk 24 lakh 10 thousand and 500 was realized as fine from owners of the building found larvae while DNCC authorities urged the owners to keep buildings neat and clean as aedes mosquitoes cannot breed.

DNCC Mayor Atiqul Islam told BSS that the second phase of the combing drive will begin in next month while he sought cooperation from the citizens and media in keeping the city safe from dengue.

Besides mosquito killing campaign is being conducted at all hospitals and clinics to keep patients, doctors, nurses and others free from dengue.

After taking charge as Dhaka South City Corporation (DSCC) mayor on May 16, Sheikh Fazle Noor Taposh took initiative to reorganize the mosquito killing campaign and cleanliness drive in coordination with all stakeholders.

DSCC launched a year-long programme to control mosquito breeding. “We will carry on the campaign throughout the year at 75 wards simultaneously to control breeding of aedes mosquitoes,” Taposh told BSS.

ON June 14, a campaign for cleaning wetlands and drains began to prevent the breeding of aedes mosquitoes.

DSCC mayor expressed his optimism that the implementation of those programmes will reduce the breeding of mosquitoes on a massive scale.