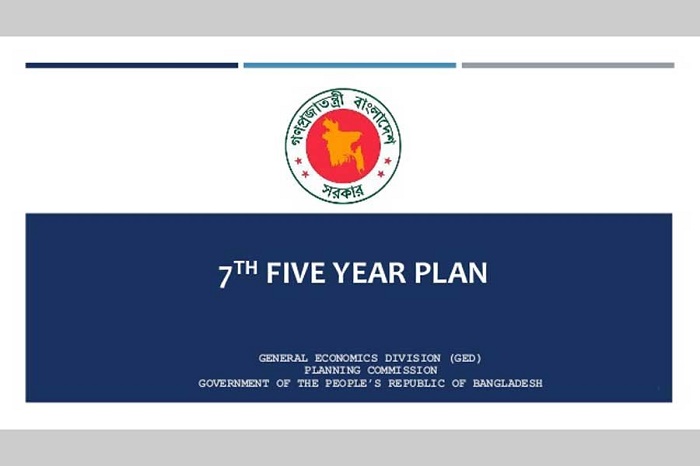 Most key targets of the 7th five-year plan, expiring this June, remain unmet like its predecessor even though the goal for a higher growth was achieved by FY19.

The assessment was revealed in a mid-term macro-economic policy statement that the finance minister placed before the parliament on June 11 alongside his budget proposal for FY2021.

The government adopted the seventh mid-term plan in 2015 covering July 2015 to June 2020 with a hope to make headway in economic growth and in the social fronts.

The target of an 8 per cent growth was achieved in 2018-19 fiscal year with 8.15 per cent growth, but the growth momentum has been dented by the coronavirus impacts, forcing the government to lower its FY20 growth target to 5.2 per cent from 8.2 per cent.

Similarly, major progress was made in cutting poverty rate even until the first quarter of the current fiscal year. But the scenario started changing from the second quarter when many people lost jobs and income following strict lockdown due to Covid-19.

Meanwhile, the government set target with regard to enhancing food production to ensure food production has been achieved as well. The target for keeping inflation within a tolerable level has also been met.

But the mid-term policy statement shows that other key targets were not on the track like that of the Sixth five-year plan, many targets of which were replaced in the seventh plan.

“A review of the met or unmet targets of the seventh plan will be included in the upcoming eighth plan. And the government will set its action plan in line with that,” Dr Shamsul Alam, Member of General Economics Division (GED), said.

The government had planned to raise the size of the total budget up to GDP’s 21.1 per cent by 2020 which has now still stuck in 15 per cent level mainly because of low revenue earning compared with the mid-term target.

There was a target to raise the tax-GDP ratio to 16.1 per cent by the timeframe but it is still hovering around only 10 per cent, causing GDP’s 5 per cent budget deficit.

The government is still far away from achieving its $54.10 billion export earnings target by 2020 as the country’s exports reached $40.54 billion in FY19. In the first 11 months this year, exports totalled $30.96 billion after the global pandemic.

A target was set to ensure cent per cent literacy among seven years plus aged population, but the rate was 73 per cent in 2018