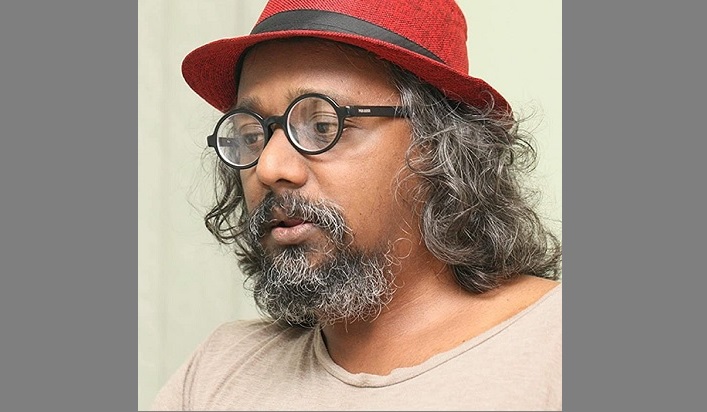 The annual proposed national budget for the fiscal year 2020-2021 was announced on June 11 by Finance Minister AHM Mustafa Kamal, with a proposed allocation of Tk 579.26 crore for the Ministry of Cultural Affairs, known as the governing body for the overall cultural sector of Bangladesh in general.

While Bangladesh is globally known for its enriched cultural heritage and activities, the allocated amount is only 0.1% of the proposed national budget of Tk 568,000 crore.

People in the sector think such poor allocation indicates that this sector has been less-prioritized, in comparison to other sectors but laid emphasis on the proper implementation of the budget making best use of it.

Finance Minister Kamal in his budget speech said the government is playing an important role in the development of the cultural sector to uphold the country’s heritage and pride in the world.

However - the actual scenario speaks differently, as the recreational sector has been one of the least focused sectors in the overall budget allocations in the previous years.

While the overall allocation has increased, the overall atmosphere in the entertainment and cultural sector is suffering miserably due to the pandemic crisis - as audience and artistes had no other choice left but avoid mass gatherings in recreational places like cinema halls, concerts, theatres, exhibitions and more, in order to prevent the spreading of COVID-19, according to industry insiders.

Amid this crisis, content creators have urged the government to ensure the proper implementation of the allocation and invest more in the needed sectors.

“We often feel that the overall recreational sector has been ignored, especially if we look at the entertainment industry. We often feel that we are performing as taken for granted while we do not get even 1% of the overall budget," Mabrur Rashid Bannah, a popular content creator in recent times, told UNB.

He said countries like Iran has tremendously been upholding their cultural pride because they are utilizing their money properly, something which is rare in Bangladesh's case.

Amitabh Reza Chowdhury, one of the most brilliant and creative content creators in Bangladesh who is known for his film ‘Aynabaji’, several acclaimed television dramas and advertisements - has spoken to UNB regarding a very serious issue that has been blocking the successful allocation of budget in years.

He said the industry has not been entirely neglected by the government, but corruption has blocked the progress. "Another issue is constant piracy of the contents."

With the availability of internet, Amitabh said, "People are pirating out our hard-knitted contents on platforms like YouTube, thus illegally watching the contents."

"Even before the pandemic emerged, a filmmaker could rarely make Tk 40 out of a movie ticket worth 400 Tk and this has been underwhelming", he continued.

"At the end of the day, it is a business - so the government should patronize this sector with proper allocation and implementation of the budget and make revenue out of it with strict monitoring against piracy so that no one suffers financially," Amitabh reflected on the possible solutions.

Many of the performers on television and film have been groomed in theatre spaces in Bangladesh, a sector which also got massive financial attack due to the COVID-19 crisis.

“Theatre has always been the root of seasoned and well-performing actors. The government has taken multiple steps to benefit the creators and performers in this sector, and as a result of that, we have had busy schedules throughout the years to entertain the audiences with quality productions on the stage - until the pandemic started toiling lives and livelihoods across the globe,” Kamal Bayazid, Secretary-General of Bangladesh Group Theatre Federation spoke to UNB.

Addressing the current situation, Kamal said the pandemic situation is new for everyone, something for which they were not prepared at all.

"There are so many passionate yet struggling, root-level artists everywhere in Bangladesh who have no other option but to suffer for an indefinite and uncertain amount of time as all the performing spaces are being closed.”

This year, the artists from the root-level all over the country could not even perform at national festivities like Pahela Baishakh and Eid-Ul-Fitr programmes, he said.

"It is a reality that not every artist can perform on the online shows, many do not have needed resources to utilize the online platform in our country. Also, being the birth-centenary year of our Father of the Nation, Bangabandhu Sheikh Mujibur Rahman - we were long-preparing ourselves for year-long cultural programmes and activities before the global pandemic emerged as a nationwide crisis,” Kamal explained the miseries in the theatre sector.

Regarding the possible solutions to the crisis, Kamal Bayazid said budget allocation is not the problem in this sector, however, the challenge lies into proper utilization.

He said the money should be utilized properly in order to benefit the needy and struggling creators and performers.

"Unfortunately, we do not have a separate directorate for Cultural Affairs, and because of that, the budget allocation could not and cannot serve the needs properly. If there’s a separate directorate, the problem would have been solved - something for which we, the cultural organizations, are preparing to go to the ministry with proper proposals once the pandemic health crisis situation gets improved.”

The film industry of Bangladesh is another sector that has been entirely devastated due to the pandemic in recent times.

So many big releases were anticipated and long-awaited by the fans, and were scheduled to be released on Eid. As all the cinema-halls and all kind of film shooting on open places have been restricted, the industry suffered a huge amount of financial loss and everyone from superstars to the directors and crew members has fallen down into massive financial crisis amid the pandemic.

“In this ongoing situation, we got devastated. The budget allocation should have been double to save the film industry in general,” said Faisal Ahmed to UNB, director of ‘Mission Extreme’ which has been one of the most anticipated movies in 2020 - now been postponed for the release.

While no one knows when the ongoing crisis situation gets ended - everyone hopes for the proper implementation of the minimal allocation of budget money in the recreational sector.