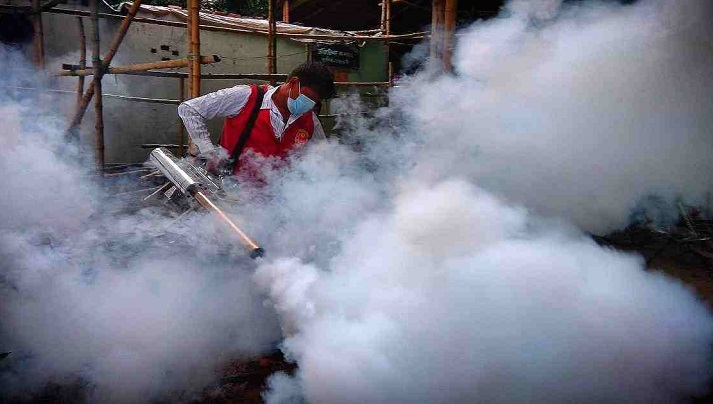 Dhaka North City Corporation (DNCC) on Tuesday sprayed its anti-mosquito fogger in 31 hospitals to minimize the health risks to medical professionals and patients.

The drive was operated at Mirpur-2, Mohakhali, Kawran Bazar areas of the city.

The City Corporation started the week-long drive since Saturday and visited 123 hospitals so far, said a press release.

The hospital authorities were requested to keep the hospital premises, toilets and drainage system clean and maintain sufficient awareness in this regard.

Meanwhile, two new dengue cases were reported in the last 24 hours until 8am on Tuesday.

Currently, four dengue patients are being treated at hospitals in Dhaka, according to the Directorate General of Health Services (DGHS).

Bangladesh had a massive dengue outbreak last year when 101,354 people were hospitalised. According to official figures, the mosquito-borne disease killed 179 people last year.