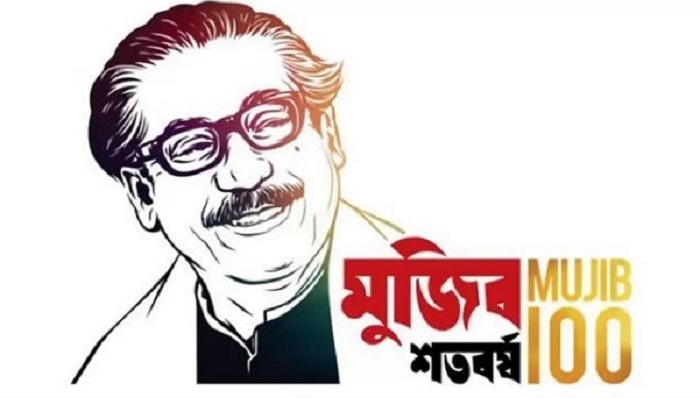 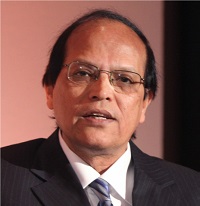 During quarantine, I had the opportunity to go back to the seminal book ‘Why Nations Fail?’ by Daren Acemoglu and James A Robinson, first published in 2012 by Crown Publishers, New York. It describes the fascinating interplay of political and economic institutions which make or break a nation. Professor Dani Rodrik, famous economist and author of ‘Economic Rules’ and ‘The Global Paradox’ praises this book and gives a straightforward summary: “It’s politics, stupid! That is Acemoglu and Robinson’s simple yet compelling explanation for why so many countries fail to develop.” He further continues, “…this magical work shows how powerful elites rig the rules to benefit themselves at the expense of the many.” Nobel laureates in Economics Michael Spencer and Robert Solow, among others, profusely have appreciated the content and presentation of the work in a historical context. In its short but succinct preface the authors identify Egypt as being a poor nation precisely because “it has been ruled by a narrow elite that have organized society for their own benefit at the expense of the vast mass of people”. In addition, they have also highlighted the poor economic and social conditions of North Korea, Sierra Leone and Zimbabwe for the same reason. According to the authors, in these countries the political rights were not broadly distributed, the government lacked accountability and accessibility to citizens, and above all great mass of the people could not take advantage of economic opportunities. They picked up these themes in the context of the people’s uprising in Tunisia, popularly branded as origin of the “Arab Spring,” where ‘people first’ became the call of the hour. Despite that ‘spring’ being later subdued due to complex interactions of both external and indigenous forces, the fact remains that the marginalization and exploitation of the masses are what make a nation poor in terms of both political rights and economic opportunities. This book goes far deeper into the historical contexts as it identifies the forces that brought prosperity for some and poverty for many nations in the world.

It is in this context that I will try to juxtapose the pro-people struggle of Bangabandhu Sheikh Mujibur Rahman, Father of the Nation of Bangladesh. He understood from day one of the journey of the state of Pakistan that it had been captured by a group of narrow-minded elite who would dash the dream of ordinary people. In fact, the moment he touched the ground of East Bengal, leaving behind his base camp Calcutta where he had been working with Mr Suhrawardy, he could feel that there had been a ‘state capture’ by the elite. The pledges he and other leaders made for a more inclusive homeland, and the wishes of the people of East Bengal who were majority in number, were completely ignored in the decision-making process of the nation. The Pakistani government did not only disregard its pledges to abolish the Zamindari system and ensure food and livelihood securities, but even denied the legitimate right of the people of East Pakistan to have their vernacular language as one of the state languages. Those who protested against this breach of trust were brutally suppressed and put behind the bar. Sheikh Mujib, still in his twenties, could not tolerate this injustice and started mobilizing his younger followers to campaign for Bengali as one of the state languages of Pakistan. In addition, he started talking about the rights of the farmers who had been promised a better future through abolition of Zamindari system and other developmental supports, as well as other basic rights including food, health and education of the ordinary people. He stood by the just cause of the low-paid employees of Dhaka University. And for all this he was put into jail three times just within a year of his political journey in the newly independent country. The first two imprisonments were for shorter periods but the third one lasted more than two years under the Public Security Act. Now that the Secret Documents of the Intelligence Branch are out, one can understand how the then Pakistani state correctly identified Sheikh Mujib as the most formidable voice of the people. As such he was also constantly harassed in jail, regularly taken from one jail to another to cut off his clandestine connections with his co-leaders who he regularly advised about the Language Movement from jail. Since his health deteriorated while in jails outside Dhaka, he was brought back to Dhaka jail for proper medical treatment. But when it was observed that his condition was not improving much, he was taken to Dhaka Medical College and Hospital (DMCH) where he had the chance to establish his old links with the co-leaders of the Language Movement. He proposed 21 February to be observed as a protest day for pushing the cause of Bengali as a state language. He was taken back to Dhaka central jail where he asked permission to begin a hunger strike in support of the Language Movement. His co-worker Mohiuddin joined this strike. The jail authorities became nervous and sent him back to Faridpur jail where he started his hunger strike as promised. His health deteriorated during the hunger strike and the protest programme on 21 February went ahead with the added demand for his release. This news of his hunger strike added fuel to the Language Movement. There was a police firing on 21 February in Dhaka and the Language Movement further flared up throughout the country. Both Mujib and Mohiuddin were on hunger strike and their health condition deteriorated so much that finally they were released on 27 February. Mujib’s condition was so bad that he had to be taken out of the jail by stretcher. His party workers were visibly angered and on his way home people stood in lines on the riverbank to show him respect. He even had to briefly come out of the boat in Sindhia Ghat in Madaripur to join a procession with his followers, earning his father’s displeasure. He stayed a couple of days in his aunt’s place on the way and reached home after five days. By that time he was totally exhausted and the local physician prescribed him to stay in bed for at least 10 days.

When he was recovering in his home he spent time with his wife and his two children who had missed him so much. He was pained to see how much of their childhood he had missed. He wrote in his memoir, “How inhuman can people be to keep a man away from his dear ones and his children because of political reasons?” (‘The Unfinished Memoirs’, UPL, 2019, p.208). He was completely disappointed to see the kind of Pakistan that was unfolding so soon after its birth, in which he too had played a part. He believed people had become blind for their personal gains, forgetting the ideals for which they had wanted to end the two hundred years of British colonial rule.

He was indeed baffled by this attitude of the elite. When ordinary people came to see him and asked, ‘Why did they imprison you? You were someone who made us conscious of Pakistan’, he had no reply. He further wrote, “Others said, ‘You said so many things about how Pakistan would transform our lives. You said that people would be happy then and that we won’t be oppressed any more. Now that a few years have gone by in Pakistan all we can feel is that there is more sorrow than before and there is no relief in sight. The price of rice is high nowadays.’ What could I tell them by way of a response! They were ordinary folks. How could I explain to them what had happened?”(ibid, p.208). This was the predicament of someone who had fought for Pakistan with a dream that was nowhere to be found in the present situation. He comforted himself by saying, “There was nothing wrong with the concept of Pakistan; it was our country. But those who had been left in charge of the nation were more interested in their own fortunes than those of the people. They were not bothered about how they could best build Pakistan and improve the lot of the people. After the bullets had been fired in Pakistan it was easy for the people to see that the people in charge were not their friends. I found out that when the news of the police firing on 21 February reached the countryside, people everywhere had observed a general strike. They had come to understand that that a particular group of people was trying to snatch away their language from them.” (ibid, p. 2080) This was the beginning of the end of Pakistan. Sheikh Mujib kept his word in realising the pledges he gave to the people, first within the framework of Pakistan and then while wedging a war of liberation for independent Bangladesh. He could clearly see why Pakistan failed as a nation--as alluded by the two authors referred to in the beginning of this piece.