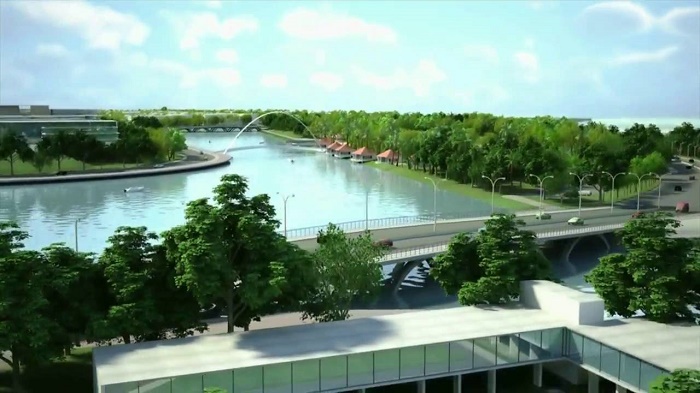 Bangladesh is expected to see huge investment in a wide range of areas, including in the power and energy sectors as Chinese companies consider Bangladesh a very attractive investment destination and one of the fastest-growing economies in South Asia.

Diplomatic source in Dhaka and Beijing said Bangladesh will soon see more investment and more Chinese industries to invest in a bigger way and shift their business in the country.

They said much more Chinese companies will come to Bangladesh in addition to over 100 companies already in Bangladesh.

The diplomats of the two countries have also ruled out possibility of any such impact of the coronavirus outbreak on the ongoing mega projects in Bangladesh as well as upcoming investment.

Besides, the diplomats said China is now allowing duty-free access of more Bangladeshi products in Chinese market in an apparent move to remove the huge trade imbalance.

In a significant show of economic diplomacy, China has recently announced tariff exemption for 97 percent of exports from Bangladesh. The Ministry of Foreign Affairs said on Friday (June 19) that 97 percent items covering 8,265 goods will go from Bangladesh, which is a “major success” in Dhaka-Beijing relationship.

It said Bangladesh is one of the fastest-growing economies in South Asia and China is always willing to work with Bangladesh to lay a good foundation for both sides to expand cooperation in various fields after the pandemic ends.

Being motivated with the expansion of Bangabandhu Sheikh Mujib Shilpanagar, along with competitive incentive packages offered by Bangladesh Economic Zones Authority (BEZA), CCECC has applied for an industrial plot of 10.45 acres, to erect a manufacturing industry for steel structural items and concrete production in the said Economic Zone.

“The envisioned project shall be a manufacturing facility for steel structural items with a capacity  of 25,000MT per annum along with a concrete production capacity of 30,000m3 per annum,” it said, adding that it will be an import-substituting  industry that mostly shall cater to the domestic market, along with  exports to Malaysia, UAE, etc.

The estimated investment will be US$16 million for the initial phase, and it will create 350 jobs and this project is expected to make a significant contribution to the GDP of Bangladesh.

At a maximum capacity after 5 years, it is estimated to contribute an amount of BDT 616 million to the economy of Bangladesh.

It may be mentioned that CCECC is a big Chinese International Company and its business activities covers 102 countries across the world.