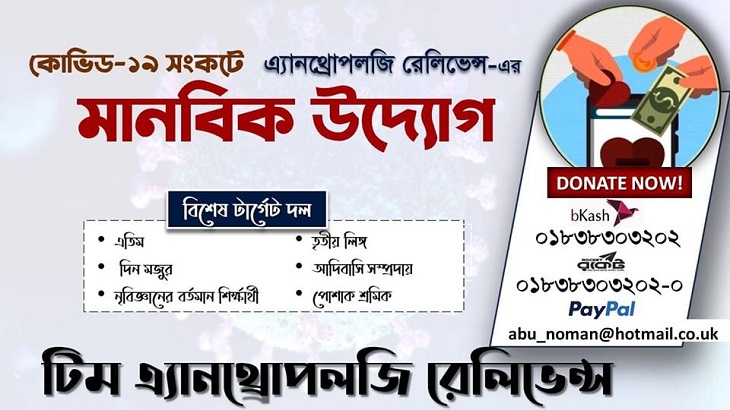 The platform distributed these food items in 4 phases and selected the gift recipients through purposive and snow-ball sampling method to ensure religious and ethnic diversity.

In the first phase, at the very beginning of the corona crisis in Bangladesh, food items were distributed among 15 families of Pakuria, Taltek of Turag thana of Dhaka district, Mymensingh and Jessore initiated by Anthropology Relevance.

In the second phase, 20 Bengalis and 10 Santals from 30 families in Dharmapur union of Biral upazila of Dinajpur district were given gifts of BDT 500 each. 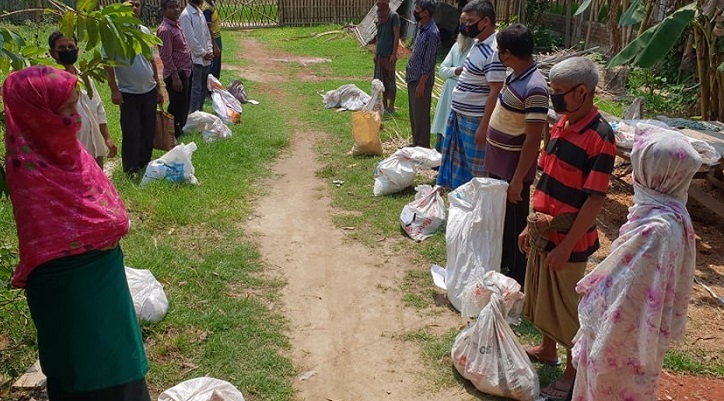 Prior to this, in the third phase of the humanitarian initiative of Anthropology Relevance, necessary gift items have been distributed among 25 families in Char Durgapur, Ramdevpur and Bahir Shimul areas of Sadar Upazilla of Tangail District.

In the fourth phase of this initiative, necessary gift items have been distributed among 20 Pangan and Bishnupriya families in Adampurbazar and Kandigaon villages of Kamalganj Upazilla in Moulvibazar district.

In addition, 5 families involved in anthropology have been given the necessary gift items for 1 month.

Mentionable, Anthropology Relevance is an initiative led by a group of enthusiastic young anthropology graduates of Bangladesh. Its vision is to spread anthropological understanding and learning to the mass people all over the world, primarily in Bangladesh.