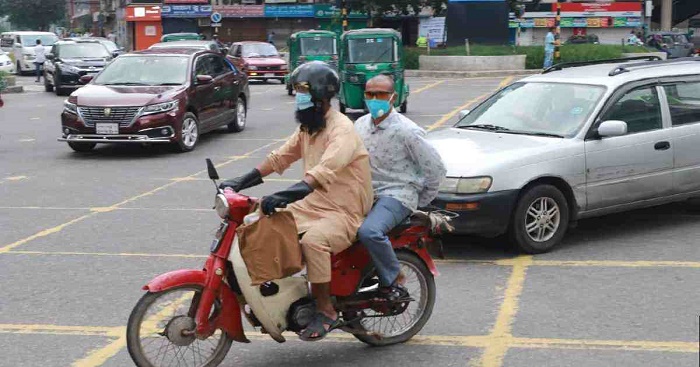 The air of the mega city was categorised as ‘moderate’ in the morning with an AQI score of 99 at 10:04 am.

The general public is less likely to be affected in this condition.

China’s Beijing, Afghanistan’s Kabul and Indonesia’s Jakarta occupied the first three spots in the list of cities with the worst air quality with AQI scores of 129, 127 and 122 respectively.

Dhaka’s air starts getting fresh when rain starts from mid-June. The air remains mostly acceptable during monsoon season from June to October.