72 varieties of mangoes available in country 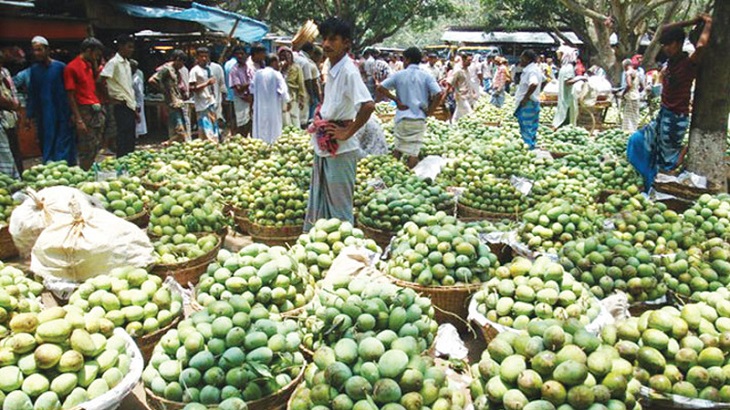 There are 72 varieties of delicious fruit mango being produced in the country aided by favourable weather condition and modern method of horticulture.

Mangoes grow widely all over Bangladesh and it is called the king of fruits here. Each variety has its own admirers. Some better mangoes are the superior grafted varieties whereas local or Deshi mango is also grown from seedlings.

The Bengali month of Jaishtha is locally called “Modhumash” as wide verities of juicy fruits are available during this time. But the horticulturalists have been able to develop different varieties of mangoes grown at different times.

Due to its high demand among people all-season delicious mango varieties have been developed locally by researchers as the tropical fruit will now be available for seven months of a year.

Mehedi Masood, director of a project of Year-Round Fruit Production for Nutrition Improvement under Department of Agriculture Extension (DAE), told daily sun that they try to make fruits available all over the year to meet the nutrition demand of population.

Earlier, mangoes were available in only three months but now different varieties of mangoes are being produced in the country.

The peak harvest season is usually between May and August while large quantities of mangoes are harvested in June and July in the country, but the government has initiated to extend the time frame for mango output.

The main mango growing regions were Rajshahi, Chapainawabganj, Nawabganj, and Dinajpur but it is now being produced across the country including hilly region of Bangladesh.

Different traditional name, unique flavor, fragrance, texture and delicious test have made the mango most desirable fruits among people of the country.