New TVC that inspires youth of Bangladesh to overcome their fears 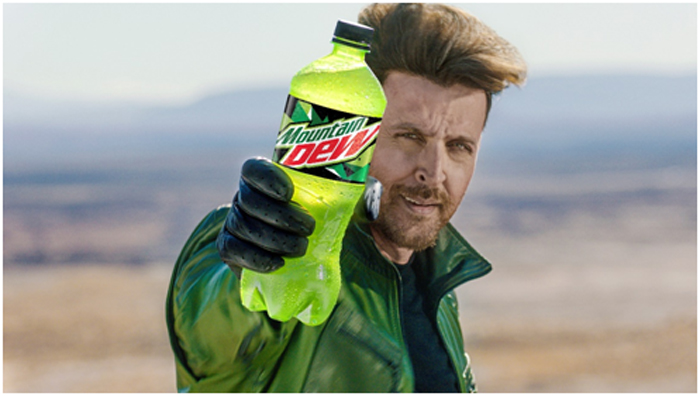 As a brand that has always maintained that the difference between ‘ordinary’ and ‘extraordinary’ is the decision to move beyond fears & self-doubt; Mountain Dew is once again set to inspire the youth of Bangladesh to overcome their fears through its Bhoyer Porei Joy campaign this year.

Popular Actor and Mountain Dew brand ambassador Hrithik Roshan features in the new TVC that is being aired. It showcases that in the face of challenges, only by moving beyond one’s fears can we truly achieve what we are capable of.

The thrilling film opens with the action hero on the set of a shoot. Expected to perform a daredevil motorcycle stunt, fear is visible on the actor’s face as he evaluates the choice in front of him. A resolute look crosses his face as he takes a sip of Mountain Dew and takes the challenge head-on.

The film is a reiteration of Mountain Dew’s belief that in the face of any challenge there are two choices; either succumb to fear and turn back or overcome the fear and move forward – it is this choice that set’s the real heroes apart from the rest.

Speaking about his experience shooting the TVC, Hrithik Roshan said, “A true hero is one who can push his own boundaries and eventually overcome fear. Movie actors are thought to be fearless and invincible. But there have been times when hearing about a stunt or an action sequence has left me questioning whether I will be able to pull it off. I have learned that while everyone faces fear in some form or the other, facing it head-on is the best way to tackle it and salute everyone who is growing through this challenge and trying to overcome it. I strongly believe in Mountain Dew’s philosophy of ‘Bhoyer Porei Joy’and I am thrilled for to be reunited with Siddharth Anand to bring this philosophy alive on screen.”

Talking about the campaign, Khurshid Irfan Chowdhury, Managing Director and CEO, Transcom Beverages Ltd, said, “Mountain Dew is one of the fastest growing CSD brands in Bangladesh and today, we are thrilled to bring a new campaign reiterating the ‘Bhoyer Porei Joy’ philosophy with superstar Hrithik Roshan to the viewers of Bangladesh. After much love and appreciation to the previous campaign, we are ecstatic to roll out a great campaign in 2020 where the only way forward is to move over your fears.”

“Mountain Dew is a loved brand in Bangladesh and the courage partner in moments of fear. The philosophy of ‘Bhoyer Porei Joy’ is the core of the narrative of this creative. The story of an action hero shooting an action sequence on a film set overcoming his fears to win is a powerful message; one we are confident that the people of Bangladesh will enjoy watching the TVC and show the same love towards the brand as always.”, Debasish Deb, Country Manager, PepsiCo Bangladesh, further added.

Deepinder Singh Tiwana, General Manager (Sales, Distribution and Marketing) said, “With our ‘Bhoyer Porei Joy’ philosophy, Mountain Dew in Bangladesh has always celebrated the spirit of those who push themselves in the face of fear to achieve extraordinary results.

In 2020, the brand acknowledges that every individual is plagued with the feeling of fear, but real heroes are those that face the challenge head-on and emerge as winners. We are confident consumers across Bangladesh will relate with Hrithik Roshan in the film and that the belief of ‘Bhoyer Porei Joy’ will resonate strongly with them.”