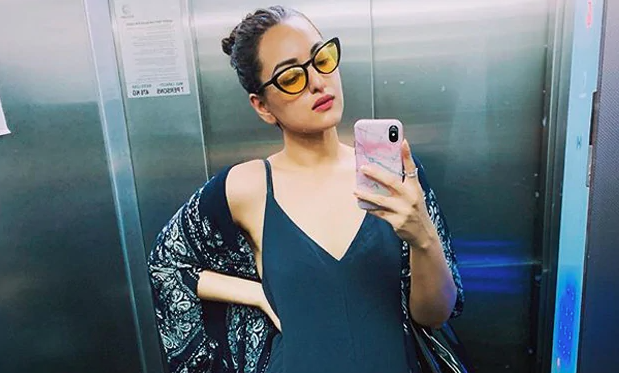 Actress Sonakshi Sinha, who has a reputation for showing trolls who's the boss, deactivated her Twitter account on Saturday, saying that she took the decision to protect her peace of mind. The 33-year-old actress, in a tweet on Saturday evening, announced her exit from the social media platform for now, writing: "The first step to protecting your sanity is to stay away from negativity. And no where more of that than twitter these days! Chalo, I'm off - deactivating my account. Bye guys, peace out."

Sonakshi Sinha is often subjected to trolling on social media, which escalated after she failed to answer a Ramayan related question on Kaun Banega Crorepati last year. However, the actress is known to have shut down trolls with her sassy replies on social media. Last month, in an interview with Hindustan Times, Sonakshi referred to her Ramayan oopsie on KBC and said: "Since then, it has been five to six months, and it's disheartening that people still troll me over one honest mistake."

Sonakshi is also known for calling out fake news concerning her on social media. Earlier in April, she slammed a publication on Twitter for saying she stepped out of her house during the lockdown. Ahead of that, Sonakshi had also posted a sarcastic tweet, calling out netizens who assumed she didn't contribute to coronavirus relief funds: "Minute of silence for trolls who think that just because it wasn't announced, contributions weren't made.

Ab shaant ho jao (now, calm down) and use your time to do some actual good (announcing or not is a personal preference)," said her tweet. At the beginning of the year, on Instagram, Sonakshi Sinha posted a series of photos, one each about self-confidence and what defines her sparkling personality, which was accompanied by a strong message for haters: "And a special message sealed with a kiss to the haters... because that's me, that's Asli."