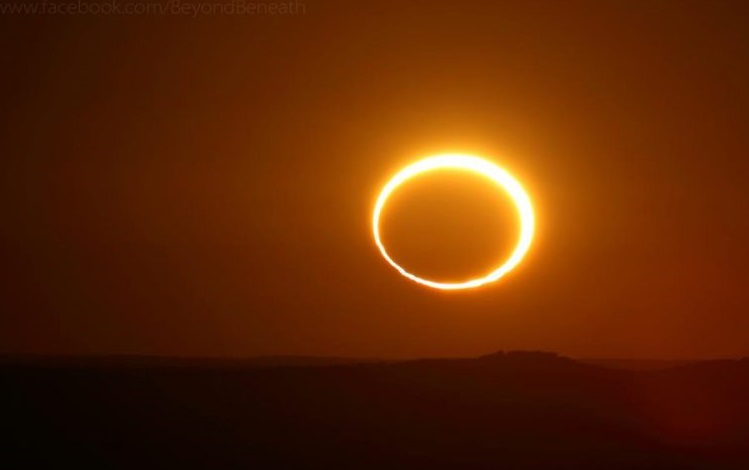 An annual solar eclipse will occur tomorrow while partial eclipse will be visible in Bangladesh if the sky remains clear.

A solar eclipse occurs when a portion of the Earth is engulfed in a shadow cast by the Moon which fully or partially blocks sunlight. This occurs when the Sun, Moon and Earth are aligned. Such alignment coincides with a new moon (syzygy) indicating the Moon is closest to the ecliptic plane. In a total eclipse, the disk of the Sun is fully obscured by the Moon. In partial and annular eclipses, only part of the Sun is obscured.

The eclipse will begin at 9:46 am at Impfondo city of Democratic Republic of Congo while it will end at 3:34 pm at Mindanao city of the Philippines, said a release of the Bangladesh Meteorological Department .

Everyone is requested to visit www.bmd.gov.bd/astronomy/eclipse for particulars of this eclipse.