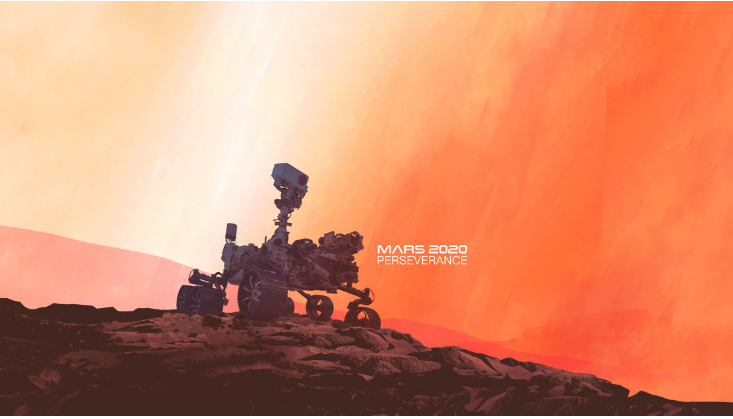 A mission 10 years in the making, NASA is one month out from launching the Perseverance rover to Mars. The rover, launching during a pandemic, will carry a tribute to healthcare workers around the world.

The 3-by-5-inch aluminum plate, installed on the left side of the rover chassis, shows Earth supported by the ancient symbol of the serpent entwined around a rod to represent the global medical community. A line represents the rover's trajectory from Central Florida to Mars, according to NASA.

"We wanted to demonstrate our appreciation for those who have put their personal well-being on the line for the good of others," said Matt Wallace, Perseverance deputy project manager at NASA's Jet Propulsion Laboratory in Pasadena, California, in a statement.
"It is our hope that when future generations travel to Mars and happen upon our rover, they will be reminded that back on Earth in the year 2020 there were such people."
When Alexander Mather, a seventh-grade student in Virginia, entered his submission in a nationwide contest last year to name the rover, a pandemic wasn't on the horizon. But his winning entry for Perseverance has proven to be the perfect name for a rover launching during unprecedented times.

These last few months of preparing the rover for launch have happened during the constraints of safe operation during a pandemic. But the teams rose to the challenge, and the launch remains on schedule.

"The team never wavered in its pursuit of the launch pad," said Michael Watkins, director of NASA's Jet Propulsion Laboratory, in a statement. "It was through their dedication and the help of other NASA facilities that we have made it this f