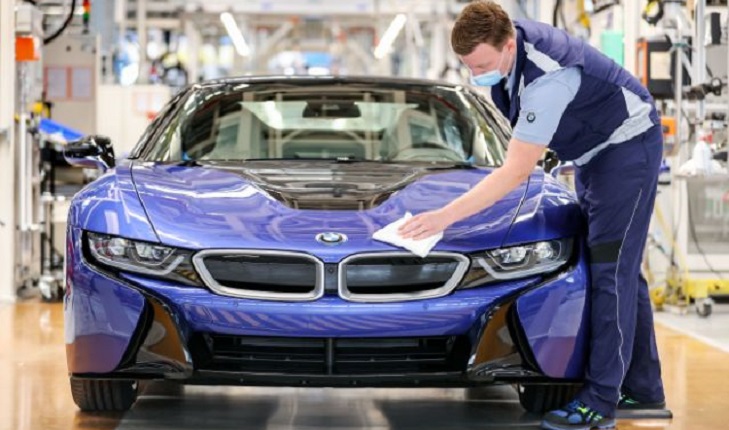 BMW will slash 6,000 jobs this year and freeze a major self-driving technology collaboration with rival Mercedes-Benz as the German luxury carmaker sees demand plunging because of the coronavirus pandemic.

"Further steps are needed to make the BMW Group more resilient to external influences and market fluctuations," bosses said in a statement, adding that the company aims "to achieve planned workforce reductions through attrition and voluntary agreements".

The 6,000 positions make up a considerable chunk of BMW's more than 120,000 worldwide, with the job cuts coming as the industry battles a demand trough and production setbacks from the coronavirus pandemic.

Meanwhile BMW and Daimler-owned Mercedes "are putting their cooperation on development of next-generation technology for automated driving on hold," the Munich and Stuttgart-based firms said in a joint statement.

The two groups had joined forces to catch up their American and Chinese competitors, including Tesla and Google, which have a head start

But talks begun last year had showed that "in view of the expense involved in creating a shared technology platform, as well as current business and economic conditions, the timing is not right," they said.

"Cooperation may be resumed at a later date," the two firms added.

BMW had already announced in May that it would bulk up a cost-cutting programme to tackle the economic devastation of infection control measures introduced to fight the coronavirus.

Bosses had already planned to reduce investments, while they hoped to slash labour costs via attrition rather than the additional measures announced Friday.

Now BMW has resorted to slashing two hours a week for some workers and granting others an extra eight days' holiday per year in exchange for lower pay.

Like Daimler and industry behemoth Volkswagen, BMW expects the pandemic to inflict an operating loss for the second quarter.

Many of its showrooms had to be closed for weeks.

And over the full year, its pre-tax profit is expected to be "significantly lower" than 2019's 7.1 billion euros ($8 billion).

Europe's auto market collapsed by 52.3 percent year-on-year in May, although the plunge was less steep than in April.