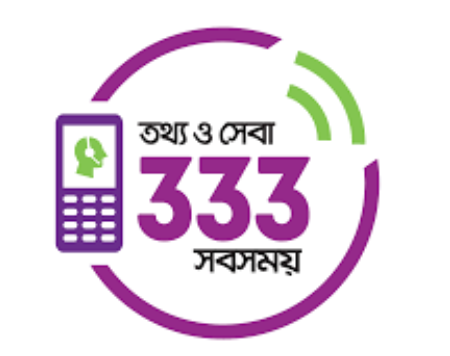 The national helpline ‘333’ has appeared as a great blessing for the country’s citizens during the COVID-19 pandemic as it is helping reaching health services and emergency food assistances at the people’s doorsteps.

“The helpline was launched on April 12, 2018 aiming at disseminating information on procedures of receiving public services and addressing social problems. However, after the outbreak of the coronavirus in the country, it was repurposed into an emergency corona helpline,” a2i Chief Technology Officer Mohammad Arfe Elahi told journalists.

Immediately after repurposing the helpline, an initiative of the a2i of the ICT Division and Cabinet Division with support from the UNDP Bangladesh, started disseminating information related to the coronavirus such as health guidelines and steps to follow if suspicion arises of being infected with the virus, he said.

Responding to the forwarded calls from the ‘333’, the Ministry of Health and Family Welfare, Ministry of Disaster Management and Relief and local administrations take initiatives regarding reaching out the services doorsteps of the people, the a2i official added.

Later, a Doctor’s Pool consisting of over 4,500 registered doctors, who are certified by completing the Directorate General of Health Services’ (DGHS) course on Covid-19 through the national e-learning platform ‘Muktopaath’, was added to the helpline.

Since then, the doctors have been providing telemedicine services through interactive question answer sessions and providing medical advices over phone, including prescribing medicines accordingly via SMS to people with Covid-19 symptoms, Elahi said.

Mizanur Rahman, a resident of Mirpur in the city, said “I was down with a very high fever, around 103 degrees, and had a mild cough. In face of the global pandemic COVID-19, I was scared and became nervous”.

He said that he was in a dark about getting the healthcare services amid the nationwide shutdown as all hospitals were overcrowded and doctors were not available.

In such a situation, when he was about to lose his hope, Mizanur came to know about telemedicine services being provided by the a2i’s national helpline ‘333’ on coronavirus.

Immediately, he called the helpline and explained his condition to the agent while the agent redirected his call to a registered doctor from the Doctor’s Pool.

After hearing Mizanur’s complications, the doctor told him that he did not seem to have the corona virus and prescribed him medicines through SMS.

“I was assured that I did not have the coronavirus. But I was asked to call ‘333’ again if I have further complications,” Mizanur said.

Like Mizanur, so far, over 350,000 citizens received the telemedicine services through the helpline ‘333’.

Besides, the ‘333’ has also emerged as a blessing for the daily earners and destitute people, who have been the worst victims of COVID-19 due to the nationwide shutdown, as the helpline ‘333’ has also been repurposed into an emergency food relief hotline as per the directives of Prime Minister Sheikh Hasina since April 5, 2020, a2i Chief Technology Officer Elahi said.

“It has been playing a vital role in delivering food assistance to underprivileged people, daily wage earners and the lower middle class population who feel shy to stand in queues for relief,” he added.

Anyone needs foodstuff can call the helpline ‘333’ from anywhere in the country, he said, adding that the service providers at the helpline forward the calls to the concerned district administrations or local authorities, the a2i official said.

Responding to the calls, the concerned administrations verify the requests of the people and ensure distribution of foodstuffs to their doorsteps, Elahi added.

Kuddus Miah of Fulbari Upazila of Kurigram District, who leads a seven-member family by running a small tea stall, was hit hard by the lockdown as it prompted to shut down his tea stall.

After shutting down his stall, he said, “I spent my all savings to buy one week’s groceries for my family at the very beginning of the COVID-19 outbreak. I was also facing difficulties in running various financial activities, including paying house rent and managing medicines for my elderly parents”.

At such a stage, Kuddus came to know about food relief distribution responding to the calls of national helpline ‘333’.

Immediately he dialed the number ‘333’ and explained his economic conditions while the agent of the hotline redirected Kuddus’s call to the Fulbari Upazila Nirbahi Officer (UNO).

Responding to the call, the UNO with some officials went to Kuddus Miah’s house and handed over a month’s ration for his family.

“I have no word to express my gratitude to the government and national helpline ‘333’ for taking this initiative and addressing my need rapidly,” Kuddus said.

According to the a2i sources, like Kuddus, more than 3 lakh calls have been forwarded to the local administrations across the country for relief assistances after sorting out about 11 lakh calls made to the national helpline ‘333’.

However, the helpline, which is accessible 24/7 and allows Non-Resident Bangladeshis (NRBs) to receive various services as well, so far, responded to over 13.2 million calls since its inception and addressed over 18,000 social problems, including stopping more than 5,500 child marriages across the country.

Besides, a process is underway to integrate some more citizen services with the national helpline 333.