India-China clash: An extraordinary escalation 'with rocks and clubs' 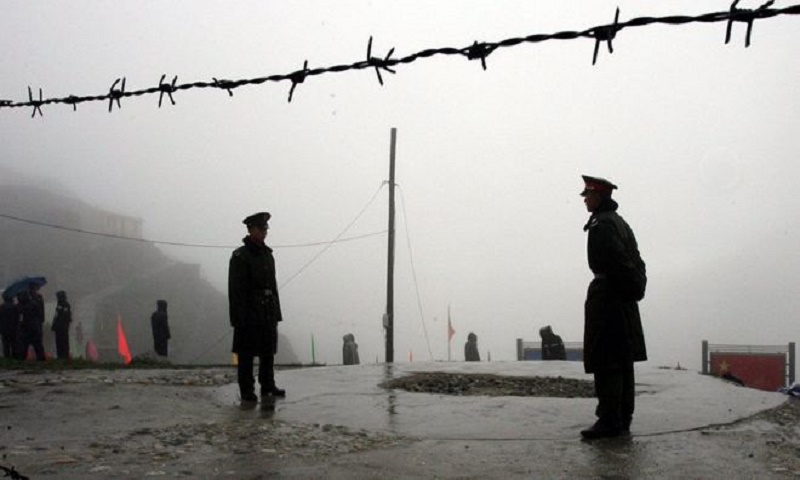 "It is looking bad, very bad," says security analyst Vipin Narang, of the deadly clash between Indian and Chinese soldiers in Ladakh on Monday night.

The most serious face-off on the world's longest unsettled land border in nearly half a century left 20 Indian soldiers dead. India says both sides suffered casualties.

"Once fatalities are sustained, keeping everything quiet becomes hard on both sides. Now public pressure becomes a variable," Dr Narang, a security studies professor at Massachusetts Institute of Technology, told me.

"The scale, scope and swathe of the pressure across the border is seemingly unprecedented."

The two nuclear armed neighbours have a chequered history of face-offs and overlapping territorial claims along the more than 3,440km (2,100 mile), poorly drawn Line of Actual Control (LAC) separating the two sides. Border patrols have often bumped into each other, resulting in occasional scuffles. But no bullets have been fired in four decades.

That is why the latest clash, following months of roiling tension, has taken many by surprise.

"It is an extraordinary escalation," Shashank Joshi, Defence Editor at The Economist magazine, told me. "No shots fired for 45 years, and then at least 20 soldiers dead in one evening in rock-throwing and bludgeoning." The clash comes amid fresh tensions between the two powers, which have brawled along the border in recent weeks but not exchanged any gunfire.

Reports say in early May, Chinese forces put up tents, dug trenches and moved heavy equipment several kilometres inside what had been regarded by India as its territory in Galwan valley in Ladakh. Ajai Shukla, a leading Indian defence analyst, has claimed that China had captured 60 sq km of Indian-patrolled territory in the area in the past one month. India claims China already occupies 38,000sq km (about 14,700sq miles) of its territory.

The move came after India built a road several hundred kilometres long connecting to a high-altitude forward air base which it reactivated in 2008.

'One of the most serious crises in years'

The details of how Monday's skirmish unfolded remain fuzzy.

India and China are accusing each other of violating the consensus to respect the Line of Actual Control that separates the both sides in the Galwan Valley.

India says the two sides have been exploring military and diplomatic channels to de-escalate the situation and that senior commanders had a "productive meeting" on 6 June. They agreed "on a process of de-escalation" and subsequently, the ground commanders had a series of meetings to implement the consensus, India's foreign ministry said.

India said both sides suffered casualties after the Chinese "unilaterally tried to change the status quo." And China accuses India troops of "violating" the consensus, crossing the border twice and carrying out provocative attacks on Chinese personnel".

Ankit Panda, a senior editor at The Diplomat magazine, says the ongoing crisis was "already among the most serious between the two countries - certainly since the 2017 Doklam standoff and possibly much longer". Road construction by the Chinese triggered a 73-day standoff in 2017 at a junction of India, China and Bhutan.

But Chinese behaviour this time has "been very different from what we have seen in the past," Shivshankar Menon, a China expert and a former national security advisor, says.

"What we have seen is multiple incidents, multiple moves forward and China occupying spaces which it never occupied before along the LAC. This is a worrying sign because it's different from Chinese behaviour in the past," Mr Menon told interviewer Karan Thapar in The Wire, an independent online news portal.

Theories abound on the reasons behind China's actions in the area.

In a tactical sense, Delhi's beefing up of the border infrastructure may have triggered the Chinese army into action in Ladakh. The pandemic may have provided the cover for China to act, particularly as the Indian army had delayed exercises in Ladakh in March. "But I doubt it was the only cause," says Mr Joshi.

"Is it about the road? Is it about Article 370 [India's action of unilaterally changing the status quo of Kashmir in August last year] Is it broader aggressiveness? We don't know," says Dr Narang. "But it is tense and it is not over."

Mr Menon, who served as India's ambassador to China, believes that China is resorting to strident nationalism, due to "domestic and economic stresses" at home. "You can see it in their behaviour in Yellow Sea, towards Taiwan, passing laws without consulting Hong Kong, more assertive on India's border, a tariff war with Australia."

On Tuesday evening, India said the troops had disengaged from the clash site. Early reports suggest that established military channels were being used and both sides were not escalating. "That's good news for India, which has few credible retaliatory options in the current environment," says Mr Panda.

Mr Joshi believes the most important consequences of Monday's clashes will be the "wider and long-term diplomatic one".

"For 10 years, Sino-Indian rivalry has steadily intensified, but remained largely stable," he said. India and China have also been more engaged. Bilateral trade increased 67 times between 1998 and 2012, and China is India's largest trading partner in goods. Indian students have flocked to Chinese universities. Both sides have held joint military exercises.

"Now we may be entering a new period of heightened mistrust and antagonism washing away much of the bonhomie on display at the Wuhan summit in 2018," says Mr Joshi.