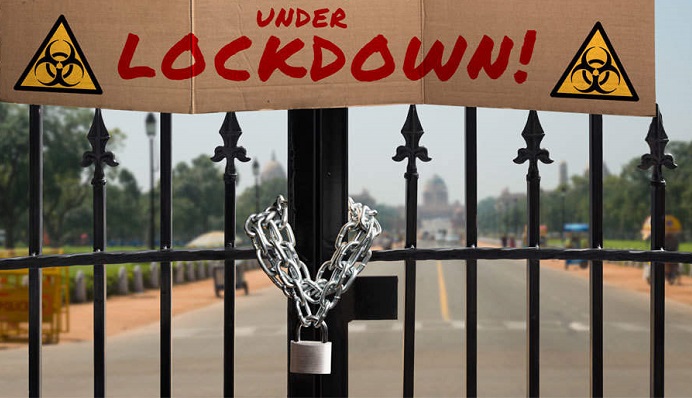 Confusion has arisen among the countrymen after various media reported on the lockdown in red zones ‘mapped out’ across the country to prevent further spread of the deadly coronavirus.

But the reality is that the government is still working to finalise the zoning system (red, yellow and green), which will be introduced across the country to prevent coronavirus.

Some areas of Dhaka and Chattogram have been declared red zone to deal with the corona situation. But mapping out across the country, including these areas, has not yet been finalised.

In the meantime, a notification has been issued declaring a general holiday in the Red Zone areas on Monday. This has thrown the common people into confusion.

It is also not clear to the people which areas will be red zones and from when it will be implemented.

People are stumbling to buy essentials in markets in fear of being confined at any time. As a result, unscrupulous traders have already increased the prices of many products.

There are various doubts about zone-based lockdown. Although a general holiday was declared in the Red Zone and Yellow Zone on Monday noon, the notification was amended in the evening to say only a holiday in the Red Zone.

Many people feel that the holiday has already begun according to the list of red zones published in the newspaper.

It is not clear to them whether the offices in those areas will run or not.

Besides, it is not clear who will be able to get out of the lockdown and who will not. Currently, lockdown is going on in East Rajabazar. No one is allowed to go out except the health workers and journalists.

The government divided the entire country into three zones – red, yellow and green – based on the number of Covid-19 cases in different areas.

Meanwhile, the national technical advisory committee to check COVID-19 has identified 45 areas in Dhaka as high risk or red zones and recommended lockdown.

However, the two city corporations have not been instructed so far.

Chief Executive Officer (CEO) of Dhaka South City Corporation (DSCC) Shah Mohammad Imdadul Haque told the media: “We are a government agency. We need the instruction that you do lockdown to your area. Then we will implement it.”

DNCC Mayor Atiqul Islam told the media about the complexity of the lockdown: “I have told the Ministry of Health about the 17 areas we have mentioned, I need to make demarcation by zone and area as soon as possible. If possible, which houses, if not possible then which lane, which neighborhood or which ward I have to specify it.”

“The areas we have named are very large. It cannot be implemented without mapping. We want to be able to manage as much as the area can be combined” he added.

According to a government information statement, on the advice of the Directorate General of Health Services (DGHS), zoning system has been initially piloted in 3 districts -- Gazipur, Narayanganj and Narsingdi -- and in Rajabazar (East Rajabazar) of Dhaka North City Corporation and Wari of South City Corporation.

Work is underway to identify specific areas for the introduction of zoning system in Wari, Dhaka. The experience of this experimental zoning system will be helpful in introducing or changing zoning systems in other parts of the country.

Different district and city corporations of the country are also reviewing the local situation according to the described strategies and guides. Accordingly, they are taking initiative to implement zoning system as per the opinion of the DGHS by making necessary recommendations, the information statement said.

Accordingly, red zones will be declared in different parts of the country, including Dhaka city, when required. So, red zone declaration or red zone change is an ongoing process. It will be done when necessary considering the local situation and the local authorities will implement it. Everyone’s confusion needs to be resolved, according to the government information statement.

The government has decided to intensify army patrol troops in the red zones areas to address the coronavirus (Covid-19) outbreak.

In a statement, the Inter-Services Public Relations Directorate said: “Army patrols are being intensified in the red zones to ensure proper observance of government directives.”

State Minister for Public Administration Farhad Hossain said the lockdown will start in which area. It will be informed in advance.

A notification will also be issued about it. This leave will then be applicable to those who will be in that area or will have offices.

He said there is nothing wrong with that because the preparation has to be finalised first. Otherwise it cannot be implemented.

Now not all areas will be locked down at once. Maybe, three or four areas may be locked down in one day. In that case the people of the area will know in advance, he added.

The minister also said very small areas will be locked down so that it can be implemented. He cited East Rajabazar and Tolarbagh as an example.