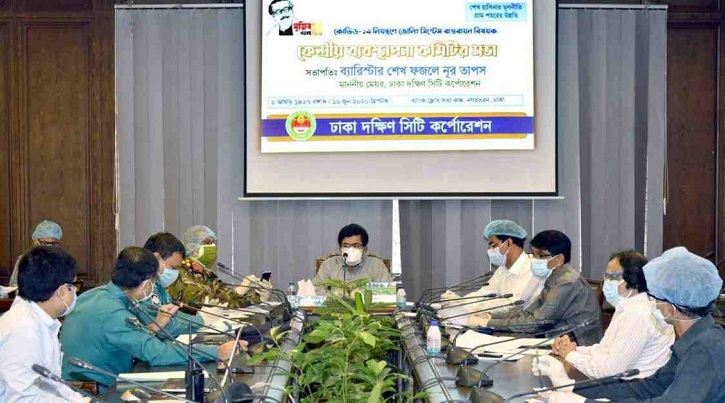 The DSCC mayor came up with the information at a press briefing after a meeting of the Central Management Committee on implementation of the zoning system to contain the spread of Covid-19.

No areas under DSCC have been put under lockdown yet and before enforcing lockdown, Taposh said they would go for specific mapping in the red zone areas and implement the lockdown process after taking detailed plans with the law enforcing agencies, local councillors, representatives of the Health Ministry and respected persons of the society.

“We’ve to enforce the lockdown considering our future,” he added.

The DSCC Mayor urged all to accept the hardship temporarily for making people free from the highly contagious virus.

Joint Commissioner of Dhaka Metropolitan Police (DMP), Lalbagh DC, Civil Surgeon concerned of Dhaka district and other officers were present at the meeting.

Some areas of the two city corporations in Dhaka, Chattogram, Narayanganj, Narshingdi and Gazipur district have been marked as ‘red zones’ to contain the spread of coronavirus.

Areas are being considered as Red Zone in Dhaka and Chattogram city corporations where 60 cases in the last 14 days or among 100,000 population were detected, according to a source of DGHS.