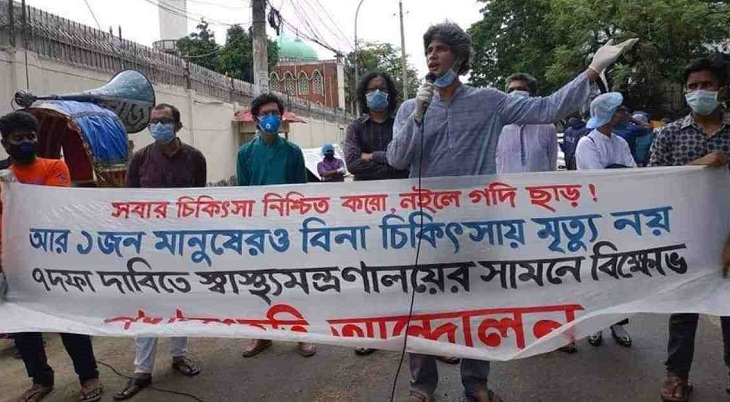 They came up with the demand in a protest rally in front of the Jatiya Press Club in the morning and also presented a seven-point list of reforms they are demanding.

Ganasonghati coordinator Zonayed Saki said that the government has proposed a national budget during this coronavirus pandemic which fails to reflect any functional way to resolve the present crisis of the healthcare system.

The budget should be completely reviewed and at least 20 percent of the budget must be allocated to the health sector, he insisted.

“We don’t want to witness one more person die without getting treatment and if current situation prevails we will form a greater movement,” he said.

The leaders also sought formation of independent judicial commission to establish accountability and address corruption in the existing health sector.