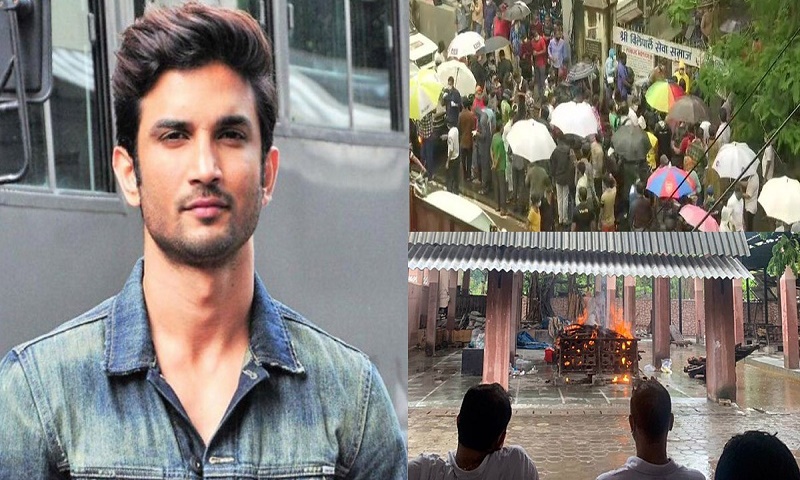 Sushant Singh Rajput’s cremation was held at Pawan Hans crematorium in suburban Vile Parle around 5 pm on Monday amidst the novel Coronavirus scare.

Sushant’s body was found hanging in his room, at his duplex apartment on Sunday morning and the postmortem report said his death was due to asphyxiation by hanging.

Sushant Singh Rajput’s mortal remains were brought from the Cooper hospital, Mumbai in the afternoon on Monday.

The police also questioned Sushant’s friends Rhea Chakraborty and Mahesh Shetty to assess the late actor’s mental state. Sushant’s sister told the police that the actor was not keeping well for the past few days, but they never expected that he would take such an extreme step.