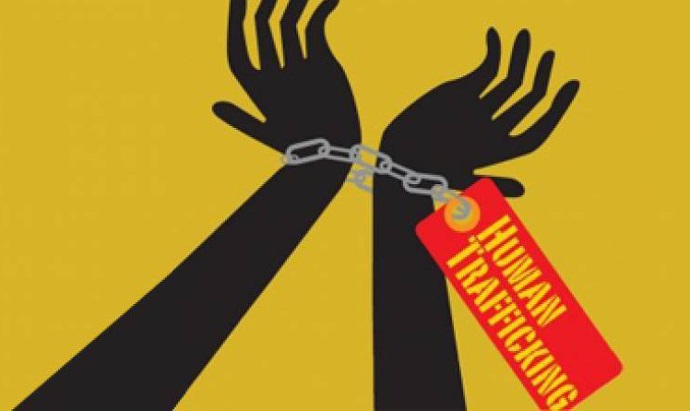 Many accused in human trafficking cases are going unpunished due to lack of proper attention to the cases, opening the door to a gradual increase in the despicable crimes.

The low conviction rate in the cases is resulting in an increase in human trafficking, they also observed.

The government enacted the Prevention and Suppression of Human Trafficking Act in 2012 to prevent and penalize human trafficking.

The law assigned the country’s Women and Children Repression Prevention Tribunals for conducting trial proceedings in human trafficking cases. It also asked to set up separate tribunals in all divisions and formed a central monitoring cell for supervising the activities of the tribunals.

Court sources said the trials of the human trafficking cases are going on with the Women and Children Repression Prevention Tribunals amid poor attention as the courts are already burdened with their own cases.

Due to eight-year delay in setting up the separate tribunal and central monitoring cell, thousands of cases are still pending with different courts across the country. The backlogs of cases are increasing due to snail’s pace of trial proceedings.

As per section 24 (1) of the law, a case over human trafficking should be disposed of within 180 days. But the trial in most cases has been pending for more than years.

Taking advantage of the delay in the trial, the accused are coming out from jail on bail while they are also influencing in the cases, said rights activists.

Advocate Abdul Bari, the public prosecutor of Women and Children Repression Prevention Tribunal-1 in Dhaka, said the trial in the human trafficking cases often get delayed as the witnesses are not coming to give testimony.

He observed that settlement outside of court between accused and plaintiff in exchange of money, and absences of a separate tribunal for the cases are mainly responsible for increasing pending cases.

Finally, the government in March this year set up the separate tribunal for conducting trials in the human trafficking cases but the activities of the tribunals yet to start fully.

Talking to the Daily Sun, Bangladesh National Woman Lawyers´ Association President Advocate Salma Ali said: “The conviction rate is very poor in the human trafficking cases as the prosecution lawyers could not prove charges against the accused.”

“People used to traffic in abroad in the name of migration though we have strong law, Standard Operating Procedure (SOP) with India and plan of action,” says the right activist.

Salma Ali, who had filed the first case under Human trafficking law, also said, “The incidents of human trafficking are taking place under the shade of recruitment agency, travel agency, brokers, immigration, Bureau of Manpower Employment and Training in the country.” “Only the middlemen and brokers are coming under the investigation but the masterminds of the incidents remain untouched, so now we are also not interested to go court,” she said, adding that “Now we should give attention to the preventive works to check such incidents.

Sources said over 5,500 cases were filed over human trafficking since the Prevention and Suppression of Human Trafficking Act was enforced in 2012.

The law enforcers arrested 9,692 people in connection with the human trafficking cases in the last eight years. But only 247 cases were disposed of in the period where only 54 people convicted.

According to the Police Headquarters sources, the first case was filed under the law by BWLA with a Faridpur court in 2013. In 2014, a total of 682 cases were registered and 807 people arrested in connection with human trafficking. Thirteen were convicted in that year.

A total of 1,028 cases were lodged with 1,540 arrested in 2015, but only four were sentenced to different terms of imprisonment.

In 2016, police filed 677 cases and arrested 1,361 suspects, but only three were convicted. The rest of the cases were filed in the last three years.

Sources of Dhaka courts say, there are around 956 human trafficking cases are pending with nine Women and Children Repression Prevention Tribunals.

Besides, some 80 cases transferred to the newly set up ‘Human Trafficking Crimes Tribunal’ in Dhaka. The tribunal’s bench-officer Jahangir Hossain said around 80 cases shifted to the tribunal from different courts since set up the tribunal in March this year.

The court official also informed that none of the cases disposed of till now as the full activities of the court is yet to be started.