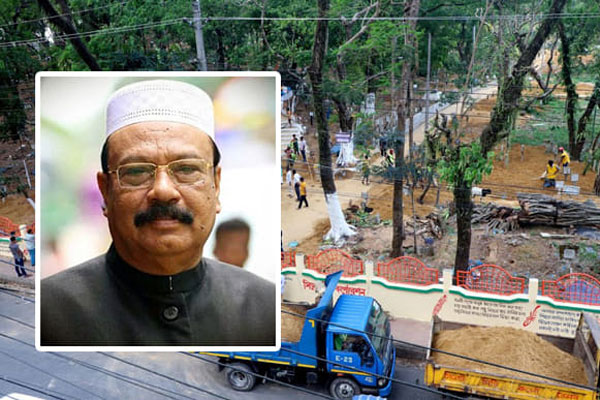 The body of former Sylhet City Corporation mayor Badar Uddin Ahmed Kamran, who died from coronavirus infection at a hospital in the capital early Monday, has reached Sylhet.

He will be buried besides his parents’ graves at Manikpur of the city after janaja this afternoon, family source said.

Earlier on May 27, his wife Asma Kamran tested corona positive.