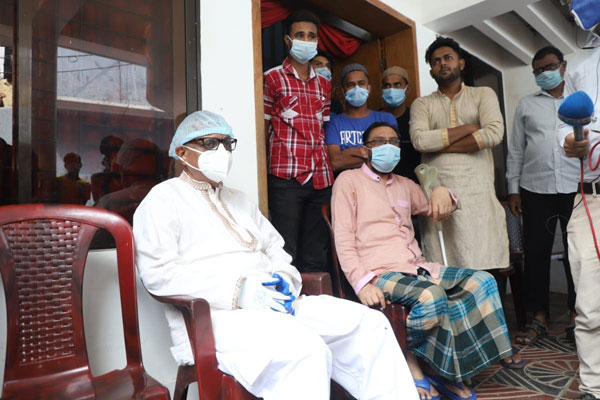 Sylhet City Corporation mayor Ariful Haque Chowdhury has visited the residence of Badar Uddin Ahmed Kamran, who died from coronavirus infection at a hospital in the capital early Monday.

The BNP leader went to the residence of Kamran in Sylhet at around 9:45am on Monday.

He stayed there for some time and consoled the family members of the former SCC Mayor. He also prayed for eternal peace of the departed soul.

Earlier on May 27, his wife Asma Kamran tested  corona positive.