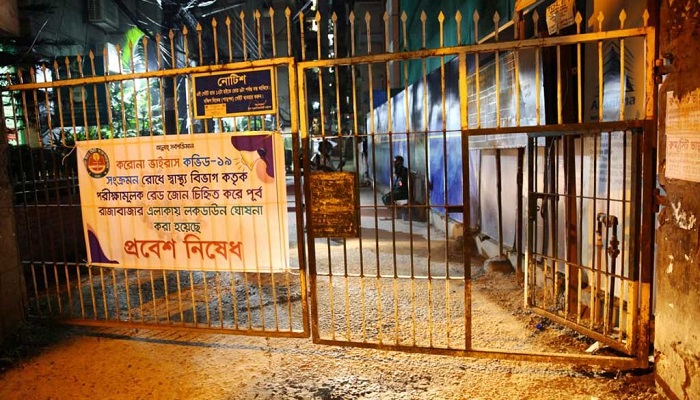 Around fifty areas have been identified as highly risky of coronavirus infections. These areas are different wards of three city corporations—Dhaka South, Dhaka North and Chattogram—and areas of these three districts.

According to the health ministry sources, tomorrow, on June 15, the matter might be finalised whether ‘Red Zone’ will be declared or not.

Meanwhile, 10 areas of Chattogram City Corporation (CCC) have been also detected as the highly risky zone of coronavirus.

Md. Habibur Rahman Khan, Additional Secretary (admin) of Directorate General of Health Services (DGHS) and corona related media cell’s convener told media that which areas will be declared as ‘Red Zone’ has not been public yet but by tomorrow the list will be published.

In this regard, Farhad Hossain, State Minister for Public Administration, said that local administration will determine the list of areas which will be brought under lockdown.