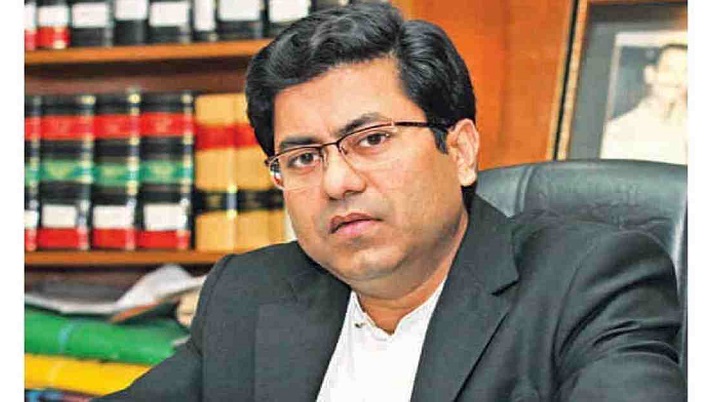 The Mayor came up with the warning while inaugurating the cleanliness drive at Battola Jhil in city’s Khilgaon area.

“Any deviation to the newly adopted work plan or any sorts of negligence and inaction of duty of the DSCC officials won’t be tolerated as I am eager to relieve the city dwellers from these panic. If any respected citizens of DSCC would find any fault to the reshuffled tasks of DSCC staff, just let me know. I am assuring you that I’ll take stern action against this inadvertence”, he said.

Mosquito menace, waterlogging, inefficiency in garbage collection and some other burning issues remained unresolved due to the lack of effective coordination among the inter-connected departments of DSCC. People are losing their faith in DSCC, Taposh said. "So, I instructed the associated departments to reorganise the work plan. Under the new work plan, we are implementing new working roster and following it, a ‘Year-round Integrated Mosquito Control’ programme.”

“As a part of this integrated programme on Sunday, the inauguration of cleaning of water bodies begins at the 10 points in the DSCC territories. Subsequently, the cleaning drive will be implemented in 75 wards of the city corporation throughout the year to contain the breeding and putting down the spread of mosquitoes,” said Taposh.

Already we have started larvicide and fogging in every ward of DSCC as per the new schedule. Eight workers are spraying larvicide from 9 am to 1pm in each ward in addition to this 10 workers are conducting the fogging activities from 2:30pm to 6:30pm regularly. Our local councilors actively participate and monitor the ongoing activities, informed the mayor.

From next Sunday, DSCC will start to clean the sewers, he said adding: “Following the cleaning initiative, we are going to firming fish, especially Tilapia fish, and releasing ducks in them to prevent the breeding of mosquito larva and to ensure water flow in the water bodies.”

Later, the mayor released ducks at the Ramna Lake and reiterated his words against corruption and inaction of DSCC officials.