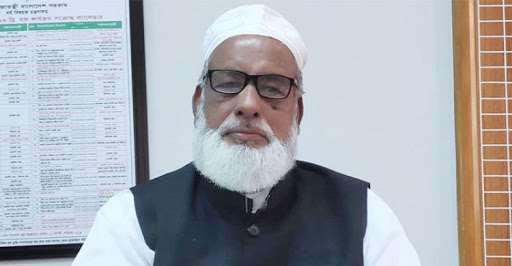 State Minister for Religious Affairs Sheikh Md Abdullah, who died minutes after he was taken to a city hospital, had been infected with the coronavirus.

Abdullah, a central leader of the Ruling Awami League, died at Dhaka Combined Military Hospital at 11:45pm on Saturday at the CMH after suffering a heart attack.

He will be buried in Gopalganj following a janaja on Sunday, Arefin said.

Later, he died after suffering a cardiac arrest while undergoing treatment at the Intensive Care Unit of the hospital, he added.

The technocrat state minister was born at Kekania village of Gopalganj on September 8, 1945.