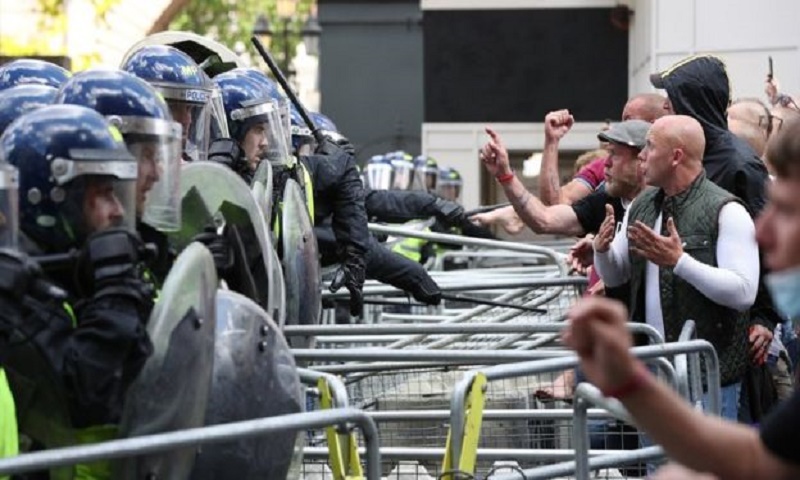 More than 100 people have been arrested following violent protests in London on Saturday, the Met Police has said.

Police were attacked by demonstrators, some of whom were far-right activists, after thousands gathered claiming they were protecting statues.

PM Boris Johnson said: "Racist thuggery has no place on our streets."

An investigation is also under way after a man was seen urinating next to a memorial of PC Keith Palmer, who was killed in the 2017 Westminster attack, BBC reported.

Separately on Saturday, a number of peaceful anti-racism protests were held in London and around the country.