Harry Potter fans reimagine their world without its creator 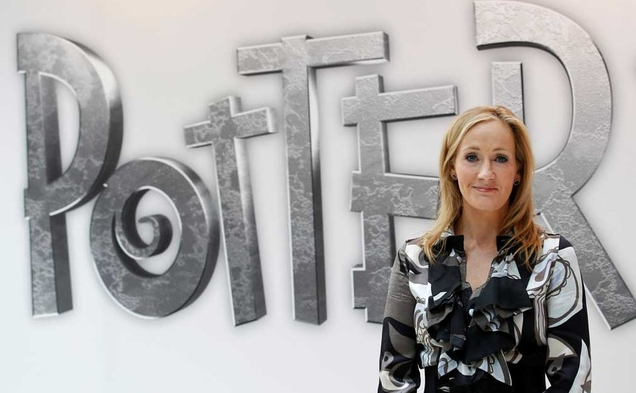 When JK Rowling was accused of transphobia about two years ago for “liking” a tweet that referred to transgender women as “men in dresses,” much of the Harry Potter fandom tried to give their beloved author the benefit of the doubt. Perhaps it really was just an accident, a “clumsy and middle-aged moment,” as Rowling’s spokesperson said at the time.

Then people noticed that Rowling followed commentators on Twitter who described transgender women as men. In December, she made her personal views more clear when she expressed enthusiastic support for a British researcher who filed a lawsuit against her former employer, claiming that she had been discriminated against for her “gender critical” views (i.e. her stance on the fixity of one’s sex at birth).

“It felt like we were waiting for the other shoe to drop,” said Melissa Anelli, a veteran leader in the Potter fandom who co-owns the Leaky Cauldron.

This week, it did.

First, Rowling took aim at an article that referred to “people who menstruate,” suggesting that it was wrong to not use “women” in a misguided attempt to include trans people. When she received negative response to this, she then published a 3,700-word essay on gender, sex, abuse and fear: “I refuse to bow down to a movement that I believe is doing demonstrable harm in seeking to erode ‘woman’ as a political and biological class and offering cover to predators.”

Across the Potter fandom — the first book was published 23 years ago, making it one of the online world’s most enduring fandoms — a conversation began. Some discussions were tense, when fans who sympathized with Rowling’s views clashed with fans who found them to be odious. Others felt that they could simply turn away from the politics of the real world and focus on what’s happening in the wizarding world.

Among the fans who vehemently reject Rowling’s views, the discussion is on how to distance or separate themselves from the author who created a fantasy world that animates their lives on a daily basis.

‘We Created the Fandom’

They listen to chapter-by-chapter podcasts, get tattoos with the Hogwarts crest or Deathly Hallows symbol, and attend Potter conferences like LeakyCon, which draws thousands of fans every year. Some have even built their careers on it.

Over the past week, some fans said that they had decided to simply walk away from the world that spans seven books, eight movies and an ever-expanding franchise. Others said that they were trying to separate the artist from the art, to remain in the fandom while denouncing someone who was once considered to be royalty.

“JK Rowling gave us Harry Potter; she gave us this world,” said Renae McBrian, a young adult author who volunteers for the fan site MuggleNet. “But we created the fandom, and we created the magic and community in that fandom. That is ours to keep.”

The essay was particularly gutting for transgender and nonbinary fans, many of whom found solace in the world of “Harry Potter” and used to see the series as a way to escape anxiety.

Rori Porter, a writer and digital designer who started the books about two decades ago, at age 10, had been listening to the audiobooks as a way to relax and fall asleep — until the Rowling controversy bubbled up in December. Porter, who is a transfeminine woman, which, to her experience, means she was assigned male at birth but identifies with a feminine gender, stopped listening in the middle of “Prisoner of Azkaban” and has not started again. The series no longer felt grounding and nostalgic, but stress inducing.

Porter said she needs a break from the series (and doesn’t plan on giving Rowling a cent ever again), but she thinks she may revisit the audiobooks one day. “I don’t want to give J.K. Rowling the satisfaction of taking away from me something that I loved as a kid,” she said.

For Talia Franks, who is nonbinary and works with an activist group called the Harry Potter Alliance, Rowling’s comments were disturbing and demoralising. But they said that they won’t have a problem continuing to write their fan fiction (where queer characters abound), attend Wizard Rock concerts and participate in the online Black Girls Create community, where they often discuss “Harry Potter.”

“I don’t need JK Rowling at all,” Franks said.

Fan organisations that serve as repositories of niche news, providing updates on plans for the “Fantastic Beasts” film series and regional Quidditch award results, are searching for ways to affirm to transgender and nonbinary fans that they are welcome in those communities. Fandom leaders are teaming up to present a unified statement condemning Rowling’s comments, said Kat Miller, MuggleNet’s creative director.

It helped boost morale when a series of Harry Potter actors spoke out to affirm transgender identities, including Daniel Radcliffe, who played Harry; Emma Watson, who played Hermione; Rupert Grint, who played Ron; and Katie Leung, who played Cho. (Rowling has also received a recent bout of criticism for the character Cho Chang, whose name is as weak as her characterisation.)

Other Potter lovers are thinking about ways to keep delving into the series without spending money that might make its way into Rowling’s bank account.

On Twitter, “The Gayly Prophet Podcast” — which describes itself as an intersectional, queer “Harry Potter” podcast — encouraged fans not to attend the theme park, see the “Cursed Child” play or even rent the movies.

The hosts of the podcast, Jessie Blount and Lark Malakai Grey, are already quite comfortable with criticising the series and its author while pointing out where things get, in their view, problematic (for instance, the underdevelopment of black characters). The intention is to enjoy the art while still holding the artist accountable, Grey said.

Proma Khosla, a 29-year-old Ravenclaw, who has been going to “Harry Potter” conventions since age 15, also read the Cormoran Strike crime series that started with “The Cuckoo’s Calling” in 2013, which Rowling published under a pen name. The fifth book in the series is expected to be published in September, but because of Rowling’s anti-transgender comments, Khosla said that she has no intention of purchasing it (“I’m fine to not know how it ends,” she said).

Karter Powell, another Harry Potter Alliance volunteer, has a bedroom filled with Potter merchandise, from Potter bedsheets to a Slytherin scarf to a wand from the Universal theme park — but they don’t plan to buy that kind of merchandise ever again.

Even if the fandom presented a united front, which of course it cannot, it’s unlikely it could “cancel” an author who created a multibillion-dollar franchise.

“We can say we’re going to cancel her, but she’s going to get money for the rest of her life,” said J’Neia Stewart, host of “The House of Black Podcast,” which looks at the series through a social justice lens.

Each fan must make her own choices for herself then.

Anelli, 40, who is also the author of the book “Harry, a History,” had planned to buy her nephew the books in the series for his 7th birthday this past week. But she decided that she couldn’t go through with it during the same week that Rowling again captured the attention of the internet with her anti-transgender tweets.

“I’ve been looking forward to this for seven years, and it was going to be this week,” she said. “I couldn’t do it, and it broke my heart.”

“I did buy him the ‘Percy Jackson’ series,” she added.

JK Rowling and the Case of the Bathroom Trope

Rowling’s essay, which was published Wednesday, rails against the term TERF, or trans-exclusionary radical feminist, describing it as a slur used to silence women like herself on the internet. She repeated a number of pieces of misinformation that are common talking points for this loose association of people and made the claim that the “movement” led by transgender activists is eroding the notion of womanhood and “offering cover to predators like few before it.” As a sort of explanation for that fear, Rowling recounted memories of a sexual assault in her 20s.

“When you throw open the doors of bathrooms and changing rooms to any man who believes or feels he’s a woman,” she wrote, “then you open the door to any and all men who wish to come inside.”

The idea that allowing trans people to use bathrooms that align with their identities endangers other people — subjecting them to a greater risk of assault and privacy violations — has been voiced most prominently by conservative lawmakers to stop gender-inclusive legislation from passing. There is no evidence to back up their claims. Researchers have found that young trans and nonbinary people face a greater risk of sexual assault when they are denied use of appropriate restrooms or locker rooms. In a 2017 survey of LGBTQ students, the organisation GLSEN found that students said the bathroom was the most avoided and most unsafe space for them.

Rowling also tweeted that “I respect every trans person’s right to live any way that feels authentic and comfortable to them.”

Her timing was also questioned. Many people wrote that they were exasperated by Rowling’s decision to post such a self-focused essay at a time when the United States is consumed by discussions about racism and police brutality that are changing institutions including the media, police departments and schools.