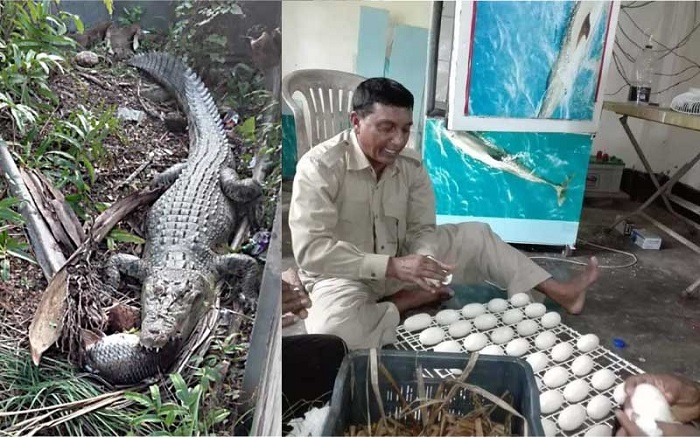 A crocodile, which has been named ‘Pilpil’, has laid 44 eggs at Karamjal Wildlife Breeding Centre in the Sundarbans.

Azad Kabir, in-charge of the breeding centre, said Pilpil laid eggs on the edge of a pond on Friday.

They kept 23 eggs in the incubator and the rest at the den of the crocodile for hatching those naturally as it takes 85-90 days to hatch the eggs, he said.

Earlier, crocodile ‘Juliet’ laid 54 eggs at the breeding centre on May 29.

Juliet and Pilpil laid 164 eggs in the last three years from 2017 to 2019 at the crocodile breeding centre but the authorities concerned failed to hatch those.

Mohammad Belayet Hossain, divisional forest officer of the Sundarbans East Zone, said there are 195 crocodiles at the breeding centre and of these, six are adults and 189 are aged between four and nine years.

Ninety-seven crocodiles, born at the breeding centre, have been released in different canals and rivers in the past.

The Crocodile Breeding Centre was set up in 2002 in Karamjal.