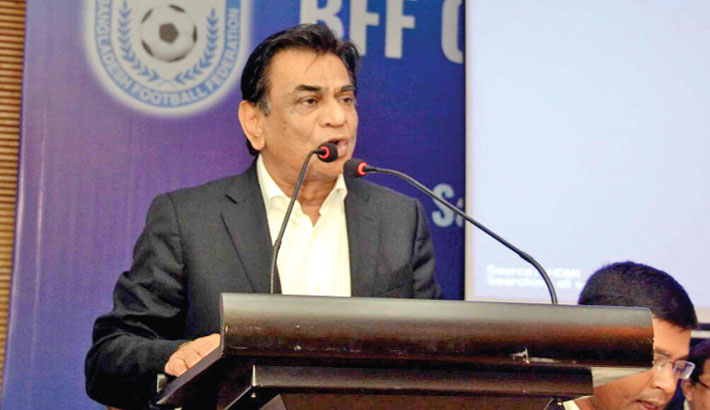 Bangladesh Football Federation (BFF) president Kazi Salahuddin advised the country’s footballers including national team members to maintain their fitness during these layoffs as they have been off-field for a long time.

It has more than two or three months since any football was witnessed countrywide due to the widespread effect of pandemic coronavirus. The long layoffs would impact the footballers’ mental health and fitness.

Salahuddin, who is the former national footballer, member of Shadhin Bangla Football Dol, former captain and coach of Dhaka Abahani Limited, suggested them utilise these layoffs.

“Our football and practice sessions have been halted due to pandemic. I will suggest national and young footballers to jog down for at least ten to twelve miles early in the morning, to do physical exercise, gym and practice with football at their respective areas. I think they should continue practices at this moment. If they maintain this workout routine, I believe they will get a good result. I also used to do these when I was a footballer. I had been doing practices for three to five hours at our lawn, so that when the football resumed I got myself fit. I will suggest them to do the same things, so that when the leagues will resume you will find yourself fit,” he said in a video released by BFF on Saturday.