What will we do with the thieves? 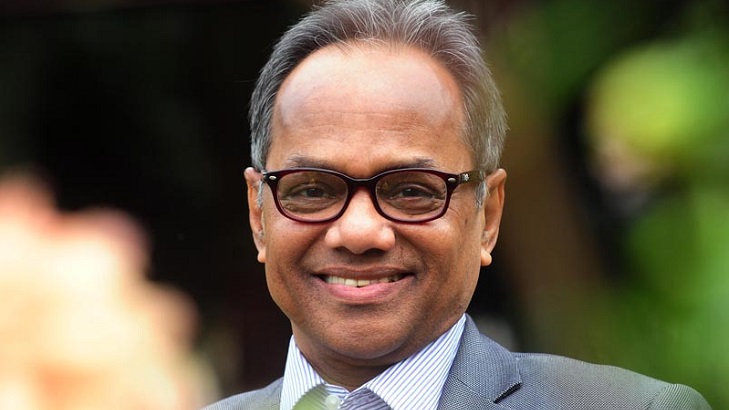 I know some people who live in the coastal belt of Muladi in Barisal. They belong to poor community. Over the last 30-40 years, people from this locality have worked in our relatives’ houses in Dhaka. Some of them worked at my home too. All of them are girls. They came to Dhaka for work at a tender age; and then after a certain time, returned to their village, got married and started a family. We try to help them in various ways, and have been doing so since the beginning of the onslaught of the novel coronavirus. In this critical situation, I have learned from them that they are being deceived in relief and OMS rice distribution process introduced by the government. A family is supposed to get 30kg rice at Tk 300. But unscrupulous dealers are giving them 25kg to make an undue profit. If anyone protests, s/he gets no rice at all. They are cornered and pressurized in various ways. So much so that it becomes impossible for them to live in the locality!

The Daily Kaler Kantho runs a social organisation named ‘Shuvo Sangha’. Nearly 11 lakh boys and girls work for the body across the country. The organisation runs various charitable and social welfare activities with financial assistance from Bashundhara Group Chairman Ahmed Akbar Sobhan. We offer financial assistance to many insolvent students. The objective of the project is to create the perfect ground for their economic emancipation.

For example, Shuvo Sangha has been funding education expenditures of a girl from Munshiganj since she was in class-9. Now she is studying at the Institute of Education and Research at Dhaka University and preparing for BCS examinations. Despite making her best effort, she didn’t get Prime Minister’s ‘Eid gift’ of Tk. 2,500 which is meant for poor families, but some solvent people of the area managed to feast on the social welfare fund.

Here I only mentioned two incidents. Such incidents are aplenty. Misappropriation of relief items by a section of public representatives and political leaders is making headlines almost every day. Around 87 of such public representatives have been suspended so far. Some people are abusing their connections with the ruling party only to plunder relief money and materials.

The government under the apt leadership of Prime Minister Sheikh Hasina has been making tremendous efforts to overcome the corona crisis. When heads of developed countries are in a fix in this situation, our premier is taking innovative and bold steps to save life and economy. A country of the third word is beset with heterogeneous problems including poverty. During the three consecutive terms of the Awami League government, Bangladesh has made record socioeconomic development.

When Bangladesh emerged as an independent country after nine months of a bloody war in 1971, it was regarded as a bottomless basket. But the country has made a u-turn. The unprecedented socioeconomic development is like magic to the rest of the world.

As a matter of fact, astute leadership and innovative decisions of Sheikh Hasina has acted behind the progress. She has taken many decisive steps to overcome corona crisis. She announced stimulus package, subsidies and schemes to protect businessmen, farmers, service holders and poor.

The role of Bangladesh’s premier is being highlighted in the world media and lauded globally. However, her tireless efforts are being overshadowed by embezzlement of relief and other facilities meant for poor and destitute.

A section of so-called “public representatives and social leaders” are eating up the resources allocated for insolvent people amid the corona pandemic.

Surprisingly, the plundering of the social welfare fund is going on unabated despite a stern warning from Prime Minister Sheikh Hasina. She announced zero-tolerance against any irregularities in the relief distribution process. But the thieves are adamant.

We are proud of our Prime Minister. But I don’t understand one thing – why the embezzlement of relief couldn’t be stopped fully even after strong warnings from the PM?

Bankimchandra once said, “What Will I do with this life?” Now the situation compels us to say, “What will we do with the thieves?” They appear to be unstoppable!