It lacks due attention: Experts 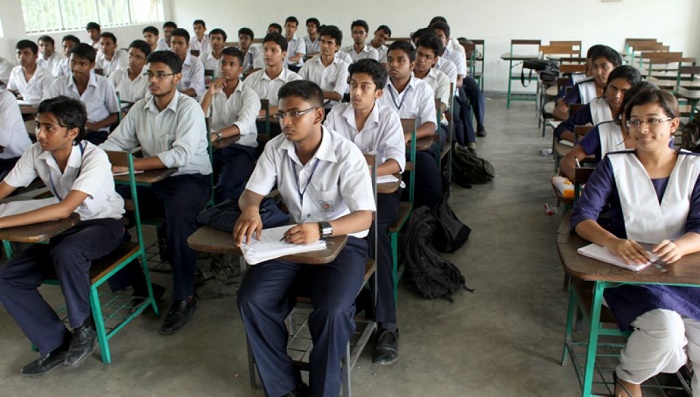 Allocation for the country's education sector remains almost unchanged in terms of size and percentage of GDP in the proposed budget for the upcoming fiscal year of 2020-21.

Educationists expected that the size of budgetary allocation for the education sector would be increased with a view to combating the possible increase in dropout rates in schools, child labour and child marriage due to the coronavirus pandemic.

Educationists started advocating for spending at least six percent of the GDP for education since the government had formulated National Education Policy immediately after coming to power in 2009.

Eleven years down the line, the budgetary allocation to this sector remains almost unchanged, leaving little scope for investment on quality education in the country.

The finance minister in his budget speech said that normal education of about 4 crore students is being hampered due to the coronavirus pandemic.

Despite growth in national budget, the share of the education sector in the total outlay is increasing slightly over the last few years.

In fact, the percentage of total allocation does not match the figure 11 years ago. In the revised budget of 2010-11, the figure was 14.3 percent. It was 11.68 percent of the total outlay in the outgoing FY.

As the size of the national budget increased every year, the allocation for education rose too. However, education’s share in the GDP and in the total spending declined over the years.

Experts said a large portion of the education budget goes towards non-development spending--mainly for teachers’ salaries. So, the allocation is inadequate to quality education.

Budget document shows that the rise of allocation has been hovering around 10-12 percent in the last 12 years, except once in 2016, when the jump was over 14 percent.

The ratio of education budget to the GDP has been hovering around two percent over the last 17 years, which is lower than many other Asian countries.

According to the Unesco Institute for Statistics’ comparative picture of recent (2017-18) budget provisions in education in South Asia (as a percentage of GDP), Nepal spends 5.2 percent while Bhutan 6.6, Afghanistan 4.1, Bangladesh 2.0, India 3.8, Maldives 4.1 and Pakistan 2.9 percent.

Talking to the daily sun, educationist Prof Syed Manzoorul Islam said at least 6 percent of GDP needs to be allocated for education, otherwise the key goals of education cannot be achieved.

Prof Manzoorul Islam said, “Major portions of budget allocation are eaten up by a section of corrupt officials. The allocation of 2.09 per cent of GDP for education is not enough because the number of students and institutions is also increasing every year.”

Bangladesh committed in the Dakar Declaration and other global forums to spend six percent of the GDP or allocate at least 20 percent of the national budget for education. The Unesco also stipulates similar budgetary allocation for education sector.

Apart from this, educationists said the inflation continued to rise in the last decade in the country when the education sector witnessed a rapid growth with an increased number of students, teachers and institutions. But the allocation didn’t increase in proportion to the sector’s growth.

Educationists said Bangladesh should invest more in education, especially in its quality, if it wants to change its future and achieve the goals in education policy and vision 2021.