Donkey arrested on charge of gambling in Pakistan 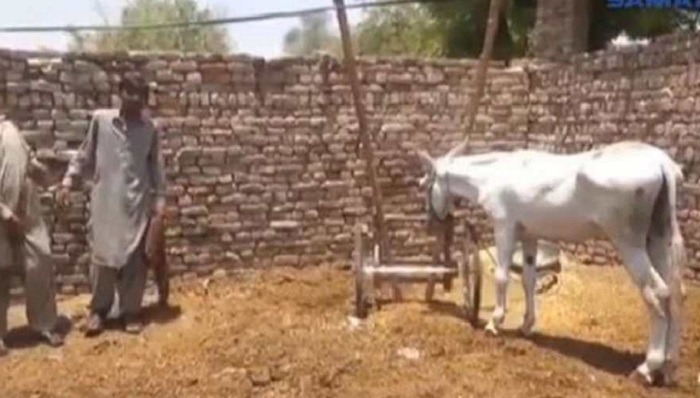 In an unusual and bizarre incident, a donkey was arrested in Pakistan for ‘participating’ in gambling. Journalist Naila Inayat tweeted a video of the animal along with the other accused.

In her post, she also shared a link of Samaa TV, a news organisation in Pakistan, detailing the entire incident.

Turns out, during a raid in Raheem Yaar Khan, a city in the Punjab province of Pakistan, police arrested eight people along with the donkey. The authorities seized over Rs 1 lakh from the perpetrators.

According to the police, a case was filed against the accused and the animal’s name was also included. The SHO of the police station said that since the donkey’s name is also in the FIR, it cannot be released.

Since being shared, the video has sparked varied comment on Twitter. While some wondered how this could happen, others couldn’t stop laughing.

One Twitter user used a GIF to express their feeling. The GIF used shows a character named Donkey from the animated film series Shrek.

“Donkey arrested and 8 humans also rounded up? As if donkey was the kingpin gambler,” joked another. “But what did the donkey do?” questioned a third.

There were several who simply shared the laughing out loud emojis to express themselves.