Is Mother Nature Trying to Tell Us Something? 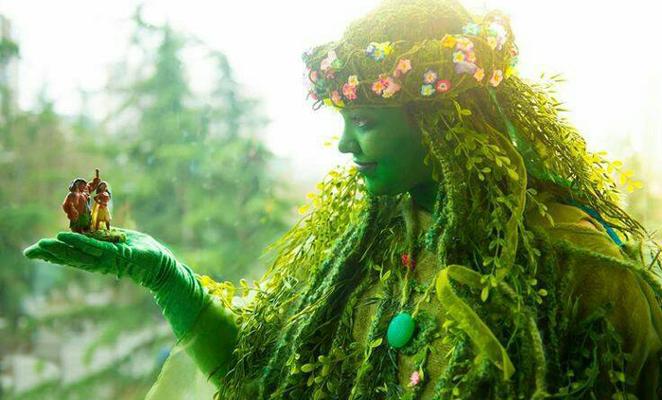 The quantity of infected COVID-19 patients worldwide stands at a staggering number of 7,114,668 with approximately 406,555 deaths. Scientists all around the world are in a fierce competition to find the cure of coronavirus. It does not matter who wins the competition as at the end of the day, everybody will be a winner when a cure to this pandemic will be found. Until then, we can only observe social distancing and hope for better days ahead.

Even though many drugs and antivirals have been put into trial by few doctors from different parts of the world, the problems with these drugs are their side effects which in some cases outweigh the symptoms of COVID-19 itself. For this reason, World Health Organization has already forbidden the use of many such medicines including remdesivir, chloroquine, hydroxychloroquine (+/- azithromycin, umifenovir, favipiravir, immunomodulators, etc. While most scientists are exploring modern medicines, there are also those who are seeking the solution in ancient ways that are in nature.

According to a bulletin of the WHO, Governments, international agencies and corporations are increasingly investing in traditional herbal medicine research. Herbal medicines include herbs, herbal materials, herbal preparations and finished herbal products, that contain as active ingredients parts of plants, or other plant materials, or combinations. According to another bulletin by the organization, they support scientifically- proven traditional medicine. In the case of COVID-19, Already, such a cure created in Madagascar has reached them in mid-May. It is a particular herbal drink called Covid Organics (CVO) that is said to alleviate the symptoms of COVID-19. World Health Organization is still investigating this drink. Last month Madagascar President Andry Rajoelina had officially launched CVO claiming that it can cure patients. However, WHO is yet to give the nod on this issue.

A medical scientist in Bangladesh, Mustafa Rumman Chowdhury and his team of officials including Dr Imam Siddique(Sahitya Khan) and a few other researchers worldwide have been working on an organic medicine for coronavirus since January when the pandemic broke out in Wuhan. Regarding this, Rumman who is of Bangladeshi nationality and a citizen of USA said, “We have already tried our organic medicine on 1000+ patients worldwide with 100% success result as all the positive patients had turned negative in less than a week and there are no deaths among the list of infected people who have tried this medicine. The drug has been named Anti-Covid19-2. According to Rumman, around 300+ patients were from Bangladesh and there were other corona patients from USA, UK, Nigeria, France, United Kingdom and few other countries. The infected patients on whom the organic medicine was tried were of diversified ages and background, from 20s to 75 and there were also pregnant woman who had tried the medicine and showed good recovery. Rumman Chowdhury, a medical scientist and also chairman of In Sha Allah Group of Companies said, “The medicine has two routes- one by mouth and another by nasal ingestion.The oral syrup fights against the virus while the nasal drop helps clear nasal passage and throat from mucous. We are currently seeking Bangladeshi government’s approval as well as USA’s to make the medication available to mass population.”

It is still too early to comment on the certainty of the medicine as it has only been tried on 1000+ patients and health ministers in our country or abroad have looked into it. However, a thousand patients who have recovered from the corona virus is a great number and it is sure to make many optimistic of its results. s A great fact about organic or herbal medicine is that they often do not have side effects. We hope that further studies are carried out in this and that those from the respected authority look into it. It is also a great matter of pride that young researchers in Bangladesh such as Rumman are pursuing the noble cause of finding a cure to the pandemic that has already consumed thousands of lives.