Focus on people’s lives, livelihood in budget, BNP to govt 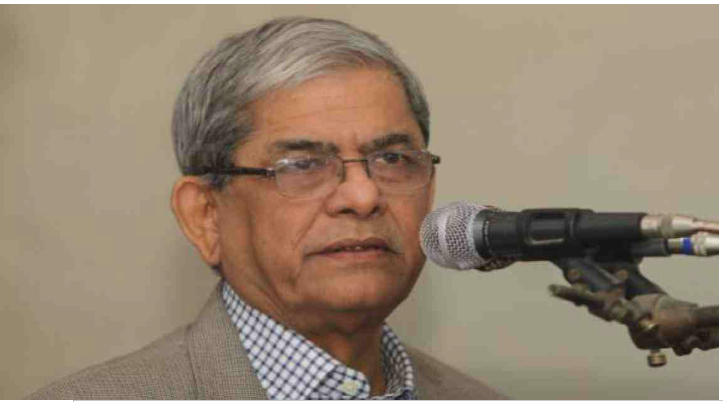 As the national budget will be placed in parliament amid coronavirus pandemic on Thursday, BNP has urged the government to give main focus on protecting people’s lives and livelihoods in the  budget instead of economic growth.

Speaking at a virtual press conference on the budget on Tuesday, party secretary general Mirza Fakhrul Islam Alamgir also presented a 13-point proposal for framing the national budget for the welfare of people amid the virus crisis.

"At this time of corona crisis, people's lives and livelihoods should be given the highest priority instead of economic growth. It won’t be possible to revive the economy if the corona infection can’t be prevented,” he observed.

Fakhrul, also a former teacher of economics, said the economy will not be vibrant if the corona like risk persists in the health sector.

“On behalf of the BNP, we think that the budget should be formulated in the light of a three-year recovery plan,” he said.

In the medium-term budget structure, Fakhrul said a new system should be made in combination of monetary and revenue policies giving the highest focus on creating new jobs, retaining the current employment and preventing the income and economic contractions.

He urged the government to consider BNP’s proposed Tk 87,000 crore special bailout package in the national budget to overcome the coronavirus fallouts.

On April 4, BNP demanded the government form a special fund of Tk 87,000 crore to tackle the impacts of coronavirus on the country’s economy.

Fakhrul recommended bringing the poor under the health allowance by allocating five percent of the GDP in the budget for the overall expenditure of the health sector.

In the 13-point proposal, he also urged the government to increase the budgetary allocation for widening social safety net, ensuring food and nutrition security, welfare of labour, development of agriculture, education, and enhancing rural development and employment.

The BNP leader said the coronavirus has exposed the sordid condition of the country’s health sector. “To protect  health of the people of the country, the health system needs to be restored and restructured.”

He said both the income tax and Value Added Tax will be reduced as the economy has slowed down due to the pandemic. “So, revenue collection will not be as expected and the focus should be given on foreign loan to manage the budget deficit.”

Stating that budget deficit will be higher than usual in the next fiscal due to the pandemic situation, the BNP leader has put forward a set of recommendations, including reducing unnecessary expenditure, eliminating capacity charges and subsidies in the power sector, taking steps to reduce additional manpower, increasing foreign grants from bilateral and multilateral sources, taking long term foreign loans with low interest and grace period, non-borrowing from domestic banking sector, setting up foreign exchange import fund, facilitating tax collection and collecting work permit fees and income tax from about 2.5 lakh unregistered foreigners working in the country, to fill the budget deficit.

He said Covid-19 is signaling a kind of change in the society, economy and politics across the world. “Without a radical change, the economy will stagnate for an indefinite period and the social stability will hamper. How this change will take place will depend on the people's relationship with the state and the government’s accountability to people in a democratic system.”

Fakhrul alleged that the current Awami League government is not accountable to people since it is least bothered about getting votes from people.

The BNP secretary general said the government will have to shoulder the responsibility for the failure and socio-political-economic consequences in dealing with the corona crisis.

Finance Minister AHM Mustafa Kamal is expected to place the national budget for 2020-2021fiscal in parliament on June 11.