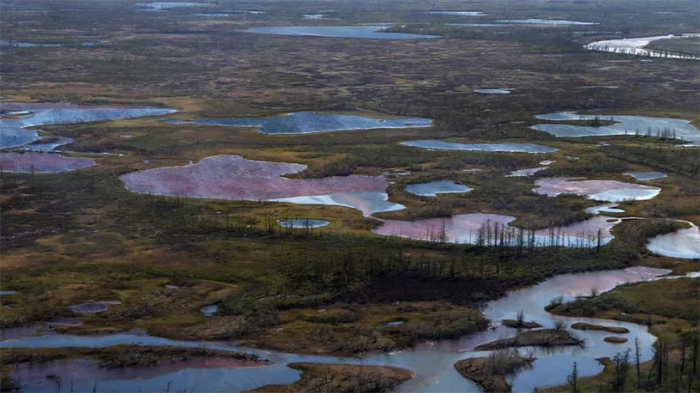 An oil spill that sparked a state of emergency has contaminated a freshwater lake in the Russian Arctic, an official said Tuesday, after authorities claimed to have contained the pollution.

The announcement came after a spokeswoman for the taskforce in charge of the accident clean-up told AFP last week that the spill had been contained.

Yet local authorities in the Siberian region of Krasnoyarsk this week conceded that high concentrations of polluted water were discovered beyond floating barriers set in place to stop the fuel from spreading.

"The fuel has got into Pyasino as well. This is a beautiful lake about 70 kilometres (45 miles) long. Naturally, it has both fish and a good biosphere," said Krasnoyarsk region governor Alexander Uss, according to Interfax news agency.

He added that it was important to prevent spilled fuel from reaching the Pyasina River, which flows into the Kara Sea.

Russia President Vladimir Putin declared a state of emergency last week after 21,000 tonnes of diesel leaked from a fuel reservoir that collapsed May 29 outside Norilsk.

Greenpeace director in Russia Vladimir Chuprov told AFP Tuesday that his teams had not been able to access the site due to restrictions in place to slow the spread of the coronavirus.

He said it would be a "disaster" if 10,000 tonnes of fuel reached the lake, and criticised authorities for not giving more information about the extent of the spill.

Chuprov also warned of the "harmful consequences" of the pollution reaching the Kara Sea.

Russian officials have said that the thawing of permafrost as a result of climate change is the likely cause of the fuel tank leak.

Environmentalists and officials say the spill is the worst accident of its kind in the Arctic region, home to much of Russia's oil, gas and mining infrastructure and dogged by pollution since the Soviet era.

Vladimir Potanin, head of metals giant Norilsk Nickel which owns the thermal power plant where the spill originated, told Putin last week his company would pay for clean up efforts estimated at $146 million.

Russian officials have ordered a review of at-risk structures built on permafrost.