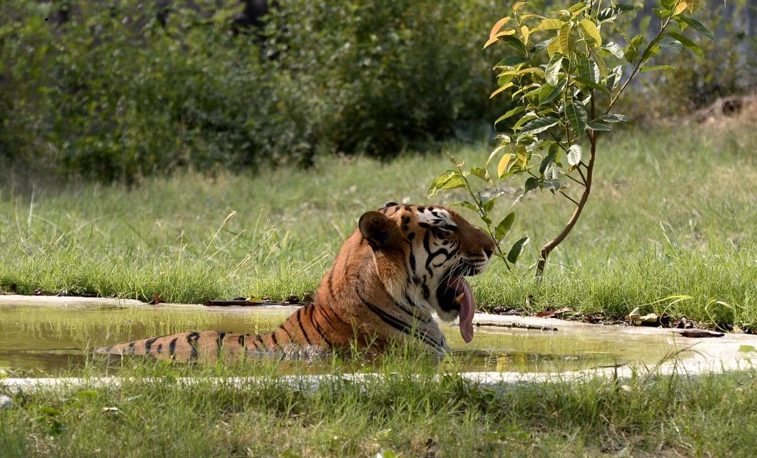 A tiger blamed for killing three people will spend the rest of its life in captivity, Indian officials said Sunday, saying the big cat was "too dangerous" to be allowed to roam free.

The five-year-old male predator, also blamed for attacking cattle, had embarked on a trek more than 500 kilometres (310 miles) long from western Maharashtra state to central India's Betul district in Madhya Pradesh state in 2018.

The tiger -- dubbed the "vagabond" or "nomad" by some local media -- was first trapped in December 2018 after its long journey and held in captivity for two months.

The big cat was eventually fitted with a tracking collar and shuttled between a tiger reserve and a national park.
Officials however said it repeatedly strayed and hunted near human settlements, attacking cattle and endangering humans.

Finally the tiger was tranquilised and sent to a zoo in Madhya Pradesh capital's Bhopal on Saturday.