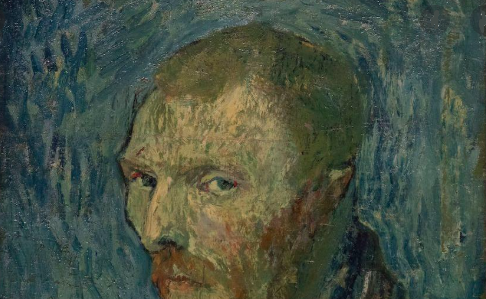 The only known letter to have been jointly written by Vincent Van Gogh and Paul Gauguin, in which the former details the pair's visits to French brothels, is headed to auction.
The item is expected to sell for 180,000 to 250,000 euros ($203,000-$282,000) when it goes under the hammer in Paris next week.
Addressed to fellow painter Émile Bernard, another key figure in the Post-Impressionist movement, the letter was handwritten by the two artists across four pages. It was composed in November 1888, shortly after Van Gogh produced some of his best-known works, including "Bedroom in Arles," "Van Gogh's Chair" and much of his celebrated "Sunflowers" series.
The correspondence was penned in the French city of Arles, where the Dutch painter had been staying since February of that year. At the time of writing, he had recently been joined by Gauguin, who he had first met in Paris two years earlier.
Their message begins with Van Gogh's impressions of Gauguin, in which he describes his friend as an "unspoiled creature with the instincts of a wild beast."
"With Gauguin, blood and sex have the edge over ambition," he wrote, before recounting some of the pair's recent painting trips.
"We've made some excursions in the brothels, and it's likely that we'll eventually go there often to work," he continued. "At the moment Gauguin has a canvas in progress of the same night cafe that I also painted, but with figures seen in the brothels. It promises to become a beautiful thing."
Van Gogh also discusses his intention to create a new artists' association, as well as referencing pictorial studies he was exchanging with the recipient, Bernard. Gauguin then continues with a shorter message on the third and fourth pages. "Don't listen to Vincent," he wrote, "as you know, he's prone to admire and ditto to be indulgent."
Man of letters
Van Gogh was known to regularly visit brothels throughout his life, and the artist even delivered his severed ear to one following his infamous act of self-mutilation -- an episode that effectively ended his friendship with Gauguin. As well as depicting scenes from inside the establishments, the Dutch painter completed portraits of various prostitutes including Sien Hoornik, a seamstress with whom he had a relationship in the early 1880s.

There are over 900 surviving letters written by, or to, Van Gogh, though the majority are between the artist and his brother Theo. Art historians have used this correspondence to better understand the painter's troubled life, as he often used the medium to discuss personal matters, from financial troubles to literary influences.

In a sale catalog, French auction house Drouot Estimations wrote that, despite the letter's "fragility," the item is "exceptional for the extraordinary meeting of two immense painters but also for the lucidity and the certainty that their painting will revolutionize the art of future generations."
Next Tuesday's sale will also feature other correspondence written by Gauguin, including letters to both his wife and an unknown lover. Elsewhere, one of painter Marc Chagall's illustrated notebooks carries a top estimate of 100,000 euros ($113,000), with sketches and letters by the likes of Modigliani, Renoir, Cêzanne and Picasso also set to go under the hammer.