A Human Saga of Personal Sacrifices 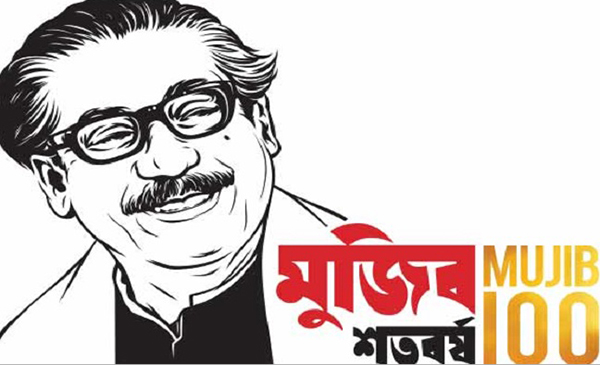 Tagore had a non-conventional view of history. He said in an article titled ‘Bharat Borsher Itihas’ (‘The History of India’) that we can never see the inside of a house during and after a storm. We only see the roof of the house blown away, the trees uprooted. The anguishes of those who struggled to survive inside are hardly known. So is probably true for the history of Bangladesh, which overwhelmingly features the protests and imprisonments faced by political leaders, particularly by the chief protagonist Sheikh Mujib. We cannot easily understand how these leaders felt in confinement. Nor do we know much what went in the minds of the near ones. Let me try to share with the readers the human dimensions of Sheikh Mujib in this context.

He was constantly monitored by the Intelligence Branch of Police since he came to East Pakistan from Kolkata after finishing his part as a student leader who fought for Pakistan. He was jailed several times for fighting for his mother tongue and voicing the just causes of ordinary people’s emancipation (see the “Secret Documents” prepared by the Intelligence Branch for details). After being released from jail in mid-1949 he went home to see his family. His father was upset as he wanted his son to be a lawyer. He was even ready to send him to London to study law as Dhaka University had expelled him for protesting with the low-paid workers of the university. But Mujib wished to do more to free the people. In his own words, “I was still angry at the Muslim League Leaders. What they were doing with Pakistan was contrary to the Pakistan I dreamed of. Things need to change.” (‘The Unfinished Memoirs, 2019, fourth edition, UPL, p.134). His parents were upset when he shared these thoughts. He told his father he would come back to the village if his political career failed. But he said firmly, “injustice shouldn’t be left unopposed.”(ibid, p.134). His wife was listening to this conversation. Once his father left she asked him, “How long you plan to go on like this?”(ibid, p, 134). He then realized how difficult his lifestyle was for her. He was touched by her words, as she had never complained about managing the family by herself and even saved money for him.

He had previously written about his family as well: “In my village home my parents had become quite upset when they heard about my condition. Renu and my daughter Hasina used to stay with them. Hasina had just learned to walk then. I received a letter from Renu in jail. My father also sent me some cash since Renu knew that I used to smoke and that I might have run out of money. She asked me to let her know if I needed more.” (ibid p.127). Sheikh Mujib wrote in detail about how his wife Sheikh Fazilatunnesa Mujib (‘Renu’) stood by him despite many hardships. He greatly wished to stay close to his family. But destiny had something else in store for him. The police was always pursuing him and looking for every opportunity to put him in jail.

One finds Mujib repeatedly longing for his family. While returning from Lahore after a political visit to West Pakistan, he wanted to evade getting arrested when crossing the border. He wrote, “…I was determined to elude them. I was thinking of my loved ones all the time. A few months back my eldest son, Kamal, had been born but I had not been able to spend any time with him. Hasina saw so little of me that whenever I met her she would not let go of me. I was overwhelmed by the thought that I was a father as well as a son and wanted to be with my family members once again. I knew they were all looking forward to my visit home and were sure that I would go and meet them as soon as I returned from Lahore. Certainly, Renu would be staying awake for me. She always endured hardship and never protested. Because she kept quiet and never complained I felt even sadder!” (‘The Unfinished Memoirs’, p, 156)

When Mujib finally returned to Gopalganj after his trip to Lahore, his family was delighted. They were desperate to spend as much times as they could together. But the police would not let him stay in peace. He had to flee in the dead of the night to escape the police. His daughter refused to let him go, and he could leave only after she fell asleep. On 31st December 1949, the police successfully arrested him from a house in Lalbagh, Old Dhaka.

After this, Sheikh Mujib spent more than two years in prison getting transferred from one district jail to another. From ‘The Unfinished Memoirs’ we know that Mujib was first kept in Dhaka jail where he spent time with Maulana Bhasani and Shamsul Huq. He also spent time talking to other inmates. He wrote about his experiences in a humorous and heartfelt tone, showing that he was willing to endure the pain of being imprisoned with a smile. Later he was transferred to Gopalganj sub-jail and then to Faridpur jail where he spent a month.  Here too, he spent time talking to other inmates and these people were also very fond of him. A month later he was taken to Gopalganj for his hearings and during this time he only got to see his family for a few hours. He wrote that his son Kamal was unable to recognize him.

For about four months he had to go back and forth from Faridpur to Gopalganj for his hearings. He later petitioned to be moved to either Khulna or Barisal. He was relocated to Khulna. However, the living condition of Khulna jail was very poor and it took a toll on Sheikh Mujib’s health. In addition, he still had to go to Gopalganj for his hearings. With a previous heart and eye condition, his health was not in good shape. He was serving his sentence under the Public Security Act. He also received bail only to be arrested under the Public Security Act again. Bangabandhu was being harassed by the Pakistani government through such actions. His mother cried for him and he too was missing his family. After spending a few days in Gopalganj police station where he could at least meet his wife and other members of the family, though informally, Mujib was again relocated to Faridpur. After seeing him in very poor health his wife, otherwise a strong lady, was completely broken-hearted. He wrote about her state of mind around that time in a touching paragraph in his memoir. In his own words,” When Renu got me to herself she said, ‘I have no problem with your staying in jail but make sure that you have enough to eat. The sight of you has depressed me immensely. You should know that I have no one else in the world except you. My parents died when I was a child and I have no one else to look after me. How will I survive if something happens to you? She broke into tears while saying this and when I tried to console her she began to cry even more. When they saw their mother sobbing, Hasina and Kamal started kissing her. I said, ‘What God wills will happen, so why worry about it? The next day I took leave from them. But consoling my mother proved to be a much more difficult task.”(ibid. p.p. 189-90)

He spent a long time in Faridpur and was again moved to Dhaka Jail for treatment when his heart condition and eyesight worsened. Here he got closer to Mohiuddin, who later accompanied him to Faridpur jail during the Language Movement in 1952. Eventually he was taken to Medical College Hospital and remained there until his condition got better. Mujib and Mohiuddin started fasting in Faridpur jail to support the Language Movement and their health condition further worsened. Both of them were taken to the jail hospital and force-fed through their noses, which was quite painful for them.

Bangabandhu wrote about his condition, “My heart began to act up. I began to have severe palpitation. I was having trouble breathing. I began to think my time was up and I would not last much longer. I persuaded another prisoner to get me a few scraps of paper. Although my hand shook while I was writing, I composed four short letters: one for my father, one for Renu, and one each to Mr. Suhrawardy and Maulana Bhasani.” (ibid, p.202)

As his health worsened, Bangabandhu was sure of his impending death and kept thinking of his family. He was finally freed when he had lost all hope. And he finally broke his fast. However, as soon as he got his freedom instead of being relieved about it, he became increasingly worried about Mohiuddin who had not received his release order. During this time, Mujib’s father came to visit him and broke into tears after seeing his condition. Bangabandhu was finally freed. Though his health condition was not good, he was taken home where he finally recovered.

Bangabandhu and his family went through immense hardship because he wanted to help the mass people of the country. He wanted them to be free of hunger and exploitation. He was willing to give up everything for this. It is unimaginable what Bangabandhu and his family went through. Let us finish with an incident that took place after his release from the prison. He wrote, “One morning Renu and I were chatting in bed while Hasina and Kamal were playing on the floor. Every now and then Hasina would come up to me leaving behind all her playthings. At one point she called out to me ‘Abba, Abba.’ Kamal kept staring at me. Then Kamal told Hasina ‘Sister dear, can I call your abba my abba too?’” (ibid. p.208).

And unsurprisingly, he also wrote, “I am able to come to the conclusion that to engage in politics in our country one must be ready to make huge sacrifices to make our people happy.”(ibid,  p. 137).