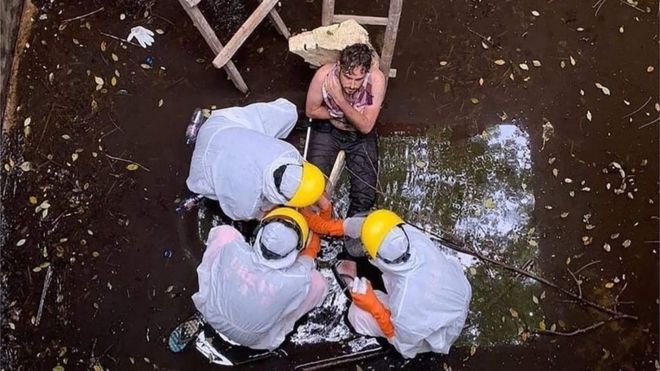 A British man who fell into a well on the Indonesian island of Bali has been rescued after six days.

Jacob Roberts, 29, broke his leg after falling into the 4m-deep well in Pecatu village while being chased by a dog.

The well was dry but his leg meant he was unable to get out. Witnesses say there was a small amount of water in the well which likely kept him alive.

Roberts' cries for help were eventually heard by a local resident.

The resident had been looking for cattle feed near the area, which was in an isolated part of the village, said news outlet the Bali Sun. He alerted the local authorities.
"He looked thin and injured," South Kuta police chief Yusak Agustinus Sooai said of Mr Roberts' condition when he was found on Saturday.

Pecatu village is near the popular southern Bali tourist hotspot of Nusa Dua.

It wasn't clear whether Mr Roberts was a resident or a tourist in Bali.

Bali has been on lockdown for months due to the virus outbreak, though several places have now began cautiously re-opening.