Bangladesh must act fast to tap into global economic shift 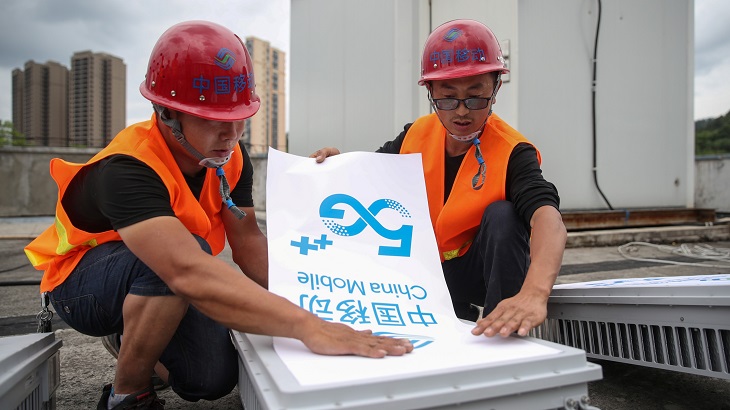 The government should take immediate steps to woo foreign investments and diversify exports to take the full advantage of the global economic shift being underway due to the growing mistrust in China amid the Covid-19 pandemic, experts have said.

They also underscored the need for tax waiver and incentive packages for foreign investors as many countries are preparing to shift their investments from China to elsewhere.

Taiwan, India and other countries have already initiated economic reforms to grab those investments.

They also emphasized reforms in the company and bankruptcy laws and the process for business activities.

The Covid-19 crisis has not only changed the ways people live but also set the global economy in a completely new direction, affecting production, market demand and supply chain.

China, which used to dominate the industrial and production sector for decades, is likely to lose ground being the epicentre of Covid-19.

China’s Wuhan state was the first to witness corona infection and loss of innumerable lives.

Against the backdrop, Japan, US and Europe have decided to reduce dependence on China in the matters of production and supply of critically important goods.

Tokyo has moved to relocate their factories from China which is responsible for “single-point-of-failure” in the global and regional supply chain.

Like Japan, the US and Europe have also decided to shift from China to other suitable countries for producing essential products.

Donald Trump and Shinzo Abe have vowed to work together in addressing the corona and economic impact.

It has been learnt that Vietnam, India and Indonesia are racing to get their share of the pie from the relocation of factories from China.

A question has been raised as to whether Bangladesh is ready to take this opportunity.

Bangladesh has graduated from the status of LDC to that of the developing country thanks to conducive steps and economic reforms initiated by the government.

However, hit hard by the corona crisis, Bangladesh is also paying the price of a global pandemic.

Economic activities, which came to a standstill affecting employment and livelihood, have started to move forward after the government decided to allow the reopening of businesses, offices and public transport services from May 31.

The government has opened all offices, financial institutions and commercial and industrial establishments to make a balance between life and economy.

According to a report, BEZA received investment proposals worth $20.50 billion from 151 local and foreign businesses as of February. Of the proposal, around $3 billion was invested in different special economic zones.

Nearly $5.78 billion is expected to come from China, South Korea, Japan, India, Singapore, UK, Australia, Malaysia, and the US.

BEZA has sent some proposals to the PMO to attract foreign investments.

BEZA is working to build 100 economic zones across the country. Three of the zones have been dedicated to investors of Japan, India and China.

A dedicated zone is being constructed to host the Japanese investors, requiring the government to design some exclusive incentives packages for Japanese export-oriented investors.

Currently, investors in export zones enjoy tax holiday of 10 years. The waiver is 100 per cent for three years but it starts diminishing afterwards. So, BEZA has proposed to extend the period of full tax waiver.

It also advocated for a tax holiday of 7 years for industries investing a minimum $100 million and 10 years for $200 million investment.

Bangladesh will have to respond fast as neighbouring and other countries have initiated significant steps to cope with the economic shift.

India has reportedly earmarked lands, equivalent to two Luxemburg, for foreign companies intended to shift factories out of China.

Last month, India reached out to more than 1,000 companies, including medical devices giant Abbott Laboratories, in the US. Through overseas missions, it opted to offer incentives for manufacturers seeking to move out of China.

New Delhi has invited some US and Japanese companies to engage in medical equipment, food processing, textiles, leather and auto parts sectors.

Narendra Modi’s government has also moved to reform land, labour and taxes to tempt foreign companies. The trade ministry has sought detailed feedback from US companies on changes needed to make the country's tax and labour laws more favourable to foreign companies.

Meanwhile, Vietnam, which is already known as China plus one manufacturing, is at the top of the list of factory relocation from China. The country's proximity to China and the presence of global companies has made it a big choice for a potential relocation.

Vietnam's success in controlling corona has helped it earn the trust of foreign investors.

Economists suggest that the government should adopt immediate measures to boost foreign investment apart from diversifying export items. Relying on garment exports will be risky as the sector has been facing a setback during the corona crisis.

It will be difficult for Bangladesh to maintain the pace of socioeconomic growth and implement Sustainable Development Goals if it fails to exploit the economic shift and cope with the changing situation.