Consumers may face difficulty in paying power bills without fine 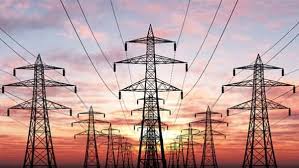 Consumers may face difficulty in paying their electricity bills for May without surcharge as the regulator is yet to issue any order to allow power consumers to collect their utility bills.

Bangladesh Energy Regulatory Commission (BERC) issued an order on March 24 to allow the residential consumers to pay their electricity bills in the month of February, March and April without any late payment surcharge amid the Covid-19 crisis.

Managing directors of several distribution companies told the Daily Sun that many consumers have paid their utilities bills through banking services instead of mobile financial services (MFS).

“Despite some financial difficulties during the Covid-19 outbreak, the government move will help avoid further spread of the virus,” DPDC managing director Bikas Dewan told the Daily Sun.

He said they are facing difficulties due to poor collection of bills as the regulator allowed late payment of bills during the Covid-19 crisis.

The ministry of power and energy has decided to extend the late payment surcharge facilities for another one month till May and allowed people to pay their bills without fine within June 30.

“Six distribution companies -- Bangladesh Power Development Board (BPDB), BREB, DESCO, DPDC, WZPDCL and NASCO -- have already applied to BERC for issuing letters for collection of the bills of May without any fine,” another managing director of a distribution company said on the condition of anonymity.

He said the distribution companies are facing trouble to collect the bill for May without fine due to delay in the issuance of regulatory directive.

“I think the consumers might face some difficulties in paying the bills due to delay in the issuance of the order.”

Some Palli Bidyut Samities have already faced trouble due to the same problem, sources said.

Most of the distribution companies have already appealed to the BERC to withdraw surcharge so that they can get facilities on payment of bulk power tariff bills to BPDB.

They have also sought subsidy to the ministry to cope with the crisis caused by the coronavirus pandemic.

Consumers of different distribution companies have expressed resentment at the abnormal electricity bills for the month of May as they are receiving two to five times higher bills compared to the bills of February, March and even April, 2020.

“I am receiving unusual bill of electricity for the month of May,” DESCO former managing director Md Shahid Sarwar who served the company till March, 2020 told the Daily Sun.

He said, "I think the company has hiked the electricity bills 20 percent for each month from March considering the higher summer peak use as they failed to meter reading since the Covid-19 outbreak."

"My neighbour in DOHS residential area also alleged that they were shocked over the unprecedented electricity bills for the month of May," he said.

In Bashundhara Residential areas, consumers also alleged three to five times higher billing of the month of May, 2020.

“I am very surprised over the shocking bills for May as the income of mine comes down due to the Covid-19 outbreak,” a house owner of Bashundhara Residential area told the Daily Sun yesterday.

He said my electricity bill for May is three times higher.

Talking over the abnormal billing for the month of May, 2020, DESCO's newly appointed managing director Kawsar Amir Ali said they have already started meter reading from last month that raised the actual bills compared to the previous month bills.

“We will adjust any extra bills in the next month billing if any fault is found,” he said.

He, however, said the bill collection of the company has come down 50 percent during the Covid-19 pandemic. It creates financial pressure on them, according to the company boss

Not only the DESCO, the bill shock was same in other distribution companies, the company said.

The DPDC has already expressed their solidarity with consumers through small message services and said they will adjust the unusual bills.