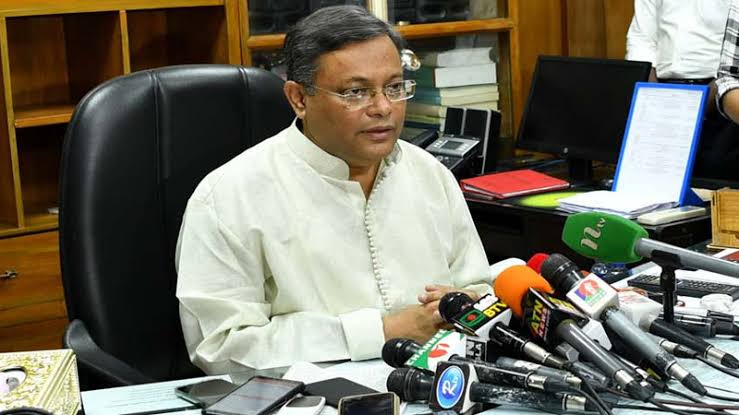 Terming the Six-Point demand as the charter of freedom of Bangalees, Information Minister Dr Hasan Mahmud on Sunday said Father of the Nation Bangabandhu Sheikh Mujibur Rahman had declared the Six-Point to prepare the whole nation and stimulate the thoughts of the people desirous of achieving the independence of the country.

The information minister made the comments while briefing the journalists in front of Bangabandhu Museum after paying rich tribute to the great leader by placing wreaths at the portrait of Bangabandhu marking the historic Six-Point Day in city’s Dhanmondi.

Hasan said, “Today is the Six-Point Day. And the greatest Bangalee of thousand years Bangabandhu Sheikh Mujibur Rahman raised the demand in 1966 which had created huge enthusiasm among the people of the then East Bangla and they (people) supported the demand unwaveringly.”

He said on the basis of the Six-Point demand, Bangabandhu won the 1970 general election, capturing most of the seats of the than East Bangla.

The information minister said, “Communist Party leader Moni Sing attended a programme on the 53rd birthday of Father the Nation and, in his speech, he (Moni Singh) told that Bangabandhu had made a plan of independence in 1951.

For this, Bangabandhu wrote a letter to Moni Sing whether he (Sing) would support it or not. The speech was published in different newspapers at that time.”

He said, actually, Bangabandhu had realized that it was not possible to realize the rights of the Bangalee nation from the Pakistani regime and the Bangalee would be subjected to inhumane torture.

“The Six-Point demand is an integral part of the country’s history and it had significant role to the struggle for independence,” he added.

But, he said, it is really regrettable that a political party- BNP- is out to patronise the anti-liberation forces after 50 years of independence.

Even, there are many leaders in the party (BNP) who are against the independence of the country, he added.

Hasan said, “It’s really regretful that we are still talking about independence and anti-independence after achieving liberty about 50 years ago.”